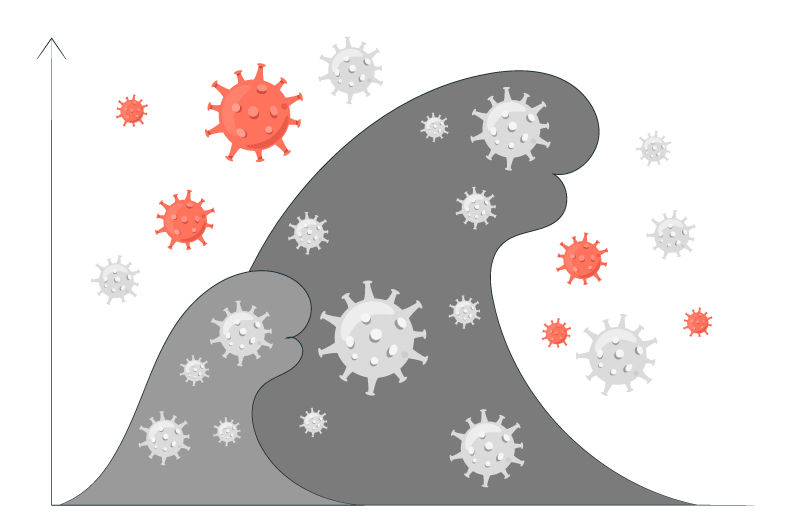 The Canadian Institute of Actuaries (CIA) has reported that in 2020 and 2021, individual insurance claims soared compared with 2019. The main driver: The first two waves of the COVID-19 pandemic, the CIA says.

COVID-19 Canadian Insurance Industry Monthly Aggregate Data Analysis is the fourth edition of the report that analyzes the impact of the pandemic on individual life insurance claims. The publication presents updated data through the end of May 2021, the CIA says.

The first three waves of the pandemic

The report contains statistics on the general population. It notes that in the 16 months from March 2020 to May 2021, Canada saw three distinct waves of COVID-19-related infections and deaths. The first wave peaked in early May 2020, it says. “Although lower than the two subsequent waves in terms of new cases, this was the highest wave in terms of excess deaths in the general population,” the report reads. The publication provides Statistics Canada data that showsthat excess mortality approached 1,450 deaths in May 2020.

The second wave was longer in overall duration, the report adds. Excess mortality increased in the last months of 2020 and peaked in January 2021, but was less than in May 2020, the Statistics Canada data indicate.

“During the third wave, which reached its peak in terms of new cases in late April 2021, the overall excess deaths in the Canadian population were lower. This may be due, at least in part, to the early impact of the rollout of vaccines in the country,” the report authors explain.

Impact on the insured population

Group insurance claims were less affected by the pandemic, the report says. However, the CIA says it noticed some impacts during the second half of 2020 and early 2021, adding that the second wave was more widespread than the first.

“Group claims levels in March, April, and May 2021 were lower than the level of claims seen in the same period in both 2020 and 2019. However, given the lag in reporting of some claims, it can be assumed that the level of claims in these months will increase as additional claims are reported,” the CIA report continues.