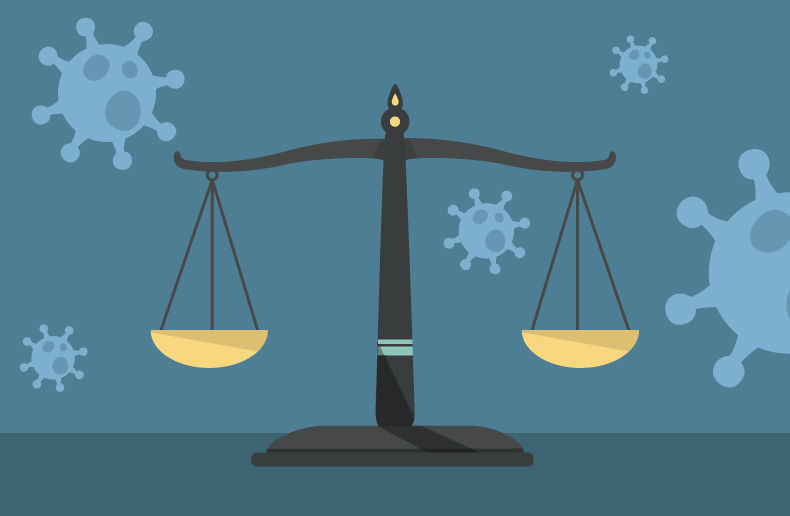 The United Kingdom financial market regulator is putting its words into action.

The Financial Conduct Authority is urging insurers to modify the wording of their contracts to cover losses linked to business interruption caused by the COVID-19 pandemic, along with the resulting operating losses. Its case will be heard in British court in mid-July.

The FCA announced in May that it would be reviewing the wording of British property and casualty insurance policies regarding business interruption. It backed this effort by approaching 56 insurers and poring over 500 contracts. The regulator noted 17 cases of wording that required clarification, which may lead to compensation. Insurers that supported the FCA’s efforts notably include Allianz, AIG, Arch, Aviva, AXA, Chubb, Liberty Mutual, RSA and Zurich.

“The court action we are taking is aimed at providing clarity and certainty for everyone involved in these [business interruption] disputes, policyholder and insurer alike. It will also be of most use across the market. The identification of a representative sample of policies and the agreement of insurers who underwrite them to participate in these proceedings is a major step forward in progressing the matter to court,” says Christopher Woolard, FCA interim CEO.

The FCA is undertaking this process to dispel doubt about this unprecedented situation created by the COVID-19 pandemic. By presenting samples of wording in court, the regulator wants to cast policyholders’ arguments in their best light. It is acting in the public interest, the regulator says.

Because most SME policies cover property damage exclusively, insurers are generally not obliged to pay out benefits, the FCA says. Yet there are some grey areas, particularly for large businesses.

“Policyholders should not assume that simple inclusion of [business interruption in] their policy wording will mean their policies are responsive. We are seeking a judgment that will help policyholders and insurers have a much clearer view of which business interruption policies respond to the pandemic. The court may well decide a number of these policies respond to the pandemic and others do not,” Woolard explains.

“We are well aware of the British regulator’s position. The AMF and the CCIR are following this file closely and it is still under scrutiny,” AMF spokesperson Sylvain Théberge, told Insurance Portal.

The Insurance Bureau of Canada (IBC) is also monitoring the situation but is not taking action for now, spokesperson for IBC, Quebec, Pierre Babinsky, told Insurance Portal. “Business interruption can be a thorny topic. The IBC has voiced an opinion on it on behalf of its members, and will not comment at this stage on measures taken in other jurisdictions,” he explains.

The concept of business interruption is also stirring debate in France. In late May, a Paris restaurateur won a case against AXA in business court. The insurer had refused to compensate the restaurant for its operating losses linked to the COVID-19 pandemic. AXA intends appeal the ruling against it.

French legislators also stepped into the fray. Senators voted to create a new plan and redefine the compensation amount paid to insured that sustained operating losses.

In the United States

It is not only Europeans who are grumbling about insurers’ treatment of business interruption claims stemming from the COVID-19 pandemic. Lawsuits were filed in the US against Chubb and Lloyd’s in late April.

Some US legislators also threatened to step in and oblige insurers to cover business interruption due to the pandemic. Ratings agency Standard & Poor’s (S&P) mentioned in its report How COVID-19 Risks Factor Into U.S. Property/Casualty Ratings that this intervention may not be easy. Its analysts think that the states themselves must put money on the table to let insurers cover this risk retroactively.

As proof, they refer to the SARS epidemic of 2002-2003, when insurers modified their policy language. All the same, the analysts S&P think the proposed federal Pandemic Risk Insurance Act can serve as a backstop if it is eventually adopted.

Data analysis firm GlobalData thinks British insurers are making the right decision by cooperating with the Financial Conduct Authority. Ben Carey-Evans, Insurance analyst at the firm, says this is a marked turnaround on their part: they had previously been shouting from the rooftops that they would not cover exclusions resulting from the pandemic.

“In reality, there was no positive outlook for insurers in this dispute. Paying out will cost millions [of pounds sterling] in claims. However, not paying out would also have led to reduced consumer trust, with many business owners likely to avoid taking out any form of business interruption insurance in the future,” Carey-Evans says.

In fact, in the United Kingdom this coverage had been growing vigorously, GlobalData reports. Its adoption rate ballooned from 11.1% in 2015 to 17.3% in 2019, data the firm compiled reveal. Carey-Evans thinks that more and more companies would be interested in [this coverage] if pandemic risks are covered.

“The scale of disruption caused by COVID-19 will make pricing business interruption premiums with pandemic cover included extremely difficult. However, those insurers who are committed to paying out will surely see large increases in its penetration rate in the coming years,” he continues.

In Canada, Intact Financial Corporation disclosed its situation when it announced its Q1 2020 results at a conference call with financial analysts on May 6. The insurer feels well protected in our country by the wording of its policies, and does not expect to have to pay unforeseen amounts in claims, at least not for business interruption.

In the US, the picture is somewhat different. Intact estimates that 5% of its commercial property portfolio comes with an extension guarantee linked to business interruption. Darren Godfrey, senior vice president, commercial lines, says he is more comfortable with the language of Canadian policies than that of the American versions, although in both cases the wording follows the respective practices of the countries.

“Despite this, we think the pandemic is an event where we can use reinsurance mechanisms to cover our losses if ever the claim processing situation evolves,” he adds.

Intact CEO Charles Brindamour points out that many American states have issued moratoriums on primarily underwriting measures in business interruption, and that they made sense. He underscored that American insurers’ lobby groups seem to have close ties to the legislators.

Darren Godfrey thinks that a federally funded program that would provide prospective coverage to insurers in case of another pandemic would be helpful.