An update on some regulatory priorities that may impact advisors 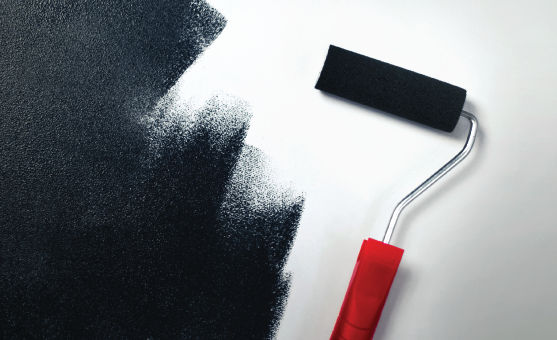 Regulation’s influence over business dealings and industry development is a grudgingly accepted fact of life in financial services. In cases, there are opportunities to influence that change. If not, there is usually some opportunity to adapt before changes overwhelm and vanquish the status quo.

To get a more complete view of regulatory priorities that will ultimately affect advisory practices, The Insurance and Investment Journal invited Advocis, the Independent Financial Brokers of Canada (IFB), the Mutual Fund Dealers Association of Canada (MFDA), and the Investment Industry Regulatory Organisation of Canada (IIROC), to highlight those which should be of particular interest to industry participants.

Advisors’ tolerance for hearing about the Client Relationship Model (“CRM2”), is no-doubt rather low now, as firms work to prepare for Summer 2016, when regulators require firms to provide new, annual documentation showing fees, charges, and other costs investors pay, along with new performance reporting.

In addition, those above suggest advisors pay attention to the following changes, as well:

A new regulator for seg funds?

Participating jurisdictions expect the Capital Markets Regulatory Authority to be operational by the fall of 2016.

The Financial Services Commission of Ontario (FSCO) is under review, meanwhile, following delivery of the 2014 Annual Report from Ontario’s Auditor General, which suggests the regulator is inefficient, and also falling short of meeting its responsibilities (by allowing agents to register without proof of having errors and omissions insurance, for example).

Susan Allemang, director of policy and regulatory affairs with the IFB, writes: “Of particular interest, the IFB is examining the market conduct oversight of life insurance agents/brokers – will this stay with FSCO or be transferred to another body?” The resulting recommendations are expected for review in 2016.

Other industry-related, government interests include:

Establishing a mandatory, defined benefit (DB), Ontario Registered Pension Plan (ORPP) which, the IFB says will impact those who sell or serve employer-sponsored group plans. By way of warning, the IFB also says “there are many plans today with an alarming inability to pay future pensions to these almost three million working Ontarians. Employers can also become bankrupt (e.g. Nortel), leaving DB plan members with reduced pension benefits or (the need for) a large government bailout to top it up. An advantage of defined contribution plans is that employer bankruptcy is not an issue, as the money is invested in each employee’s account.”

Ontario Securities Commission (OSC) and Canadian Securities Administrators (CSA) are also reportedly reviewing mutual fund fees and trailing commissions. “Will fees be banned? What will this mean to commission based advisors?” Allemang asks. “Fee-only advisors are unlikely to service clients with small savings accounts. It is our position that regulation should not lead to a lack of competition.”

An overhaul of the Saskatchewan Insurance Act is expected as well, following a review by regulators. The review is expected to provide stakeholders with some sense of how the changes will be implemented and enforced.

Similar to Ontario’s queries, another, parallel consultation by the MFDA is also underway to look at the regulation of financial planners.

Consultation is currently open for anyone wishing to provide comments on proposed standards for the use of “financial planner” as a professional title. In its request for submissions, the association asks, among other things: If existing designations are appropriate for the purpose of meeting proposed proficiency requirements, and whether amendments should include grandfathering provisions.

The MFDA also completed collecting comments in September, on its discussion paper about the development of continuing education (CE) requirements. It asked stakeholders to comment about who CE requirements should apply to, if any approved persons should be excluded from the requirement, and if there should be different requirements for approved persons, depending on their role. The paper also discussed the length of time CE credits should be good for, and, notably, who should approve or provide CE accreditation.

Exchange-traded funds, and proposed proficiency standards for selling them, are also being examined. “Existing courses and examinations used by approved persons to satisfy proficiency requirements...to sell conventional mutual funds, do not adequately address the sale of ETFs,” they write. Proposed rules for governing an approved person’s actions when selling ETFs, are outlined in the consultation bulletin, along with an MFDA staff notice outlining what, exactly, constitutes “outside activity.”

Activities documented in IIROC’s latest quarterly Policy Priorities, meanwhile, is an extensive list. As part of the regulator’s ongoing effort to respond to its 2013, Member Survey, Andrew Kriegler, IIROC president and CEO writes, “the timeliness of compliance examination findings, and our consideration of the potential impact and consequences of our regulatory actions on all relevant stakeholders,” is one finding being examined by the regulator.

The regulator is also “in the midst of a strategic planning process that will help identify emerging industry and investor trends, and determine our priorities over the longer term,” Kriegler told those assembled at IIROC’s annual general meeting, held in Toronto in early September.

“We asked three questions: What are the important trends in the industry and regulatory environment that could impact IIROC and its public interest mandate? What value does IIROC create, and what benefits does it deliver? How should IIROC’s role evolve over time? Our next step is to review and consider all comments.”

Need for succession planning – for those preparing to transfer, sell, or wind down their practices in an orderly manner – is rising in the consideration of many insurance industry participants. Provisions for a broker’s family or spouse, post-retirement E&O claims reporting, and proper legal documentation, are all part of the broader discussion being undertaken by an industry working group made up of representatives from the Canadian Life and Health Insurance Association (CLHIA), the Canadian Association of Independent Life Brokerage Agencies (CAILBA), the IFB and Advocis.

Technology continues to force change and delivery options, as well. “The IFB’s position is that licensed advisors who can help consumers, must be available on request throughout the process,” Allemang writes.

Taking regulation into consideration as a whole, she adds: “(Regulation is) changing the sales landscape. Small financial firms have difficulty absorbing these costs, while remaining competitive. Mergers and acquisitions lead to a smaller number of large MGAs (Managing General Agencies), and dealers with greater economies of scale (being) responsible for advisors’ market conduct.” The negative impact on consumers, she adds, will occur, if consumers are unable to access local, independent advice as a result.