Sustainable finance and climate: Concrete actions on the horizon 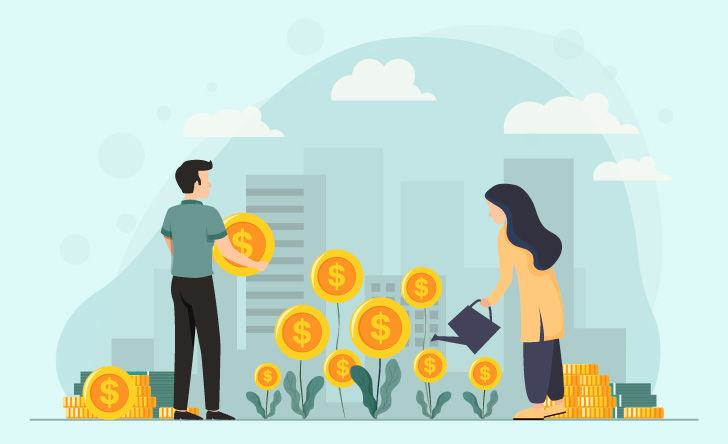 Insurers and investors alike can and should take concrete steps today to improve Canada’s ability to adapt to climate change.

Three experts who spoke at the recent Sustainable Finance Summit on October 7 listed various tools, both existing and in development, that will help communities mitigate the damage caused by natural disasters. The discussion was moderated by Kathryn Bakos, Director of Climate Science and Finance at the University of Waterloo’s Intact Centre on Climate Adaptation.

The industry is eagerly awaiting the introduction of a federal climate change standard, says Craig Stewart, Vice president, Federal Affairs at the Insurance Bureau of Canada (IBC). The rating system, called ResiliGuide, will be similar to the EnerGuide program, whichinforms consumers about the energy efficiency of the appliances, equipment and tools they purchase. The program also measures home energy efficiency.

Craig Stewart points out despite the fact that the western provinces were hard hit by fires in 2021, the main risk to Canadians’ property remains flooding. The gap between insured property and potential damage remains huge. He mentions that 10 to 15 per cent of properties are considered uninsurable because of the recurring risk of water damage.

The IBC is working with Ottawa to develop a specific program to prevent flooding. In addition to the ResiliGuide, three other tools will be designed to raise public awareness of flood risk.

The first is a “flood portal” that will be administered by the federal government. Developers or property owners that wish to know the flood risk associated with a building or land can simply enter the location of the site. They can also find out the best way to prevent this risk.

The second tool will be national natural disaster risk mapping, which will be associated with a national risk rating. Stewart expects the system to be up and running within 12 to 18 months.

The third tool being developed is a municipal disaster resilience rating system. Municipalities can use this system in conjunction with the national risk rating system to compare themselves to the national average. This comparison should motivate local authorities to adopt best practices in infrastructure development and construction, says Stewart. The tool is a longer-term effort and will not be ready for another three to four years, the IBC representative adds.

Craig Stewart recommends designing a financial instrument that translates the economic losses that are avoided by these infrastructure resilience investments into a revenue stream that can attract investors.

Jan Kellett, Special Advisor, Financial Services Hub at the United Nations Development Program, thinks the increase in claims is prompting policyholders to change their behavior related to climate change. When disasters threaten their homes, land or means of production, people understand, he says.

The impacts of the pandemic have certainly shaken many people’s confidence in their ability to withstand a major event, Kellett continues. In recent years, of the approximately US$440 billion in damage from natural disasters in the world’s 77 poorest countries, only US$15 billion was insured, he points out.

Kellett is very concerned about the lack of investment in infrastructure in the large urban centres in Africa. Many of these urban zones are experiencing a population explosion caused by drought that is driving farmers out of rural areas.

Bolstering insurance coverage in a country creates a very positive virtuous circle, Kellett continues. The more property covered by insurance, the less damage the government must pay for. This reduces the tax burden and allows families to set aside savings, which they can spend and invest in their communities.

Community investments must also be protected, which increases the overall insurance coverage, and the loop continues to expand. Without such links between communities and financial services, the opposite situation occurs: Each disaster triggers a downward spiral of poverty.

Jan Kellett points out that Canada is the only G7 country that still does not have a national flood warning system. He also believes that Canadian insurers can make a greater contribution to global risk prevention by investing part of their assets in infrastructure upgrades in developing countries.

The protection of biodiversity and natural habitats (wetlands, forests) is another area where insurance could make gains, Kellett adds. If a value can be calculated for these habitats and green spaces, and they are threatened by a natural disaster, the industry could create an insurance mechanism to protect that value.

Alyson Slater sees insurers as being on the front lines of climate change. The Senior Director, Sustainable Finance at the Global Risk Institute says that risk analysis is constantly evolving due to burgeoning claims

When buying or renewing insurance, the premium is a price signal that consumers understand well, she says. If premiums increase because claims are more numerous and more costly, customers eventually cannot afford the coverage, which could spell trouble for lending institutions.

Homeowners who can no longer protect their homes against flood risk will see their property value plunge on the resale market. An Intact Centre study on the impact of flooding on property values is expected to be released by the end of this year, Slater says.

Financial institutions need to re-evaluate their portfolios for climate risk. They have the data to do so, but are not using it optimally, she believes.

Lenders need to go beyond a bird’s eye view of risk assessment and get closer to the ground, one asset at a time. If the homeowner goes bankrupt because their damaged home has lost value and they cannot resell it, the lender becomes at risk, too, she says.

In his September 29 address to the Global Risk Institute, Peter Routledge, the new head of the Office of the Superintendent of Financial Institutions (OSFI), mentioned that The Bank of Canada and OSFI are working on a pilot project to develop climate risk disclosure rules for financial institutions, Slater continues. The results of this pilot project, being conducting in tandem with three banks and three insurers, are expected by the end of the year. These rules should increase transparency in the industry, she says.