Sleep disorders spike due to COVID-19 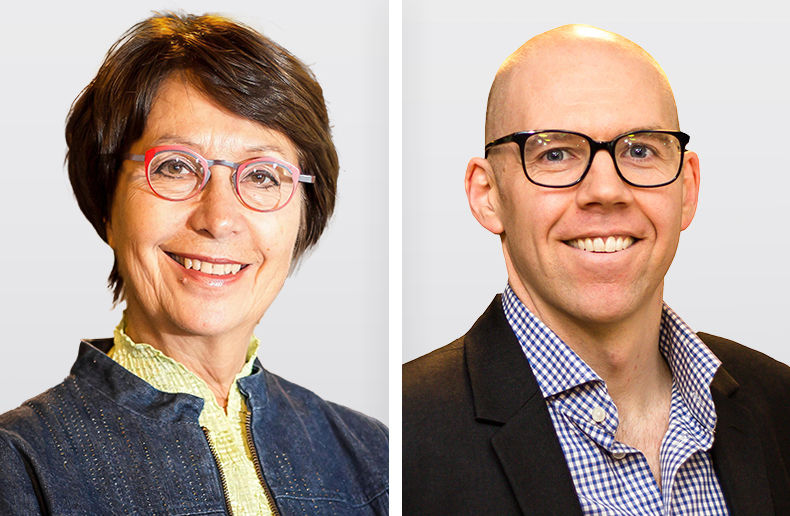 Haleo, a virtual clinic that treats sleep disorders remotely via mobile application, has shared recent research that shows that anxiety linked to COVID-19 plays a significant role in the severity and persistence of sleep problems. Haleo reported results in a brochure published in October.

Among them, a paper by the University of Ottawa entitled “Profiles of sleep changes during the COVID-19 pandemic: Demographic, behavioural and psychological factors” reports that sleep disturbance symptoms affected 40% Canadians before the pandemic and now affect 50.5% of the population since the beginning of the pandemic, an increase of 36%.

Robillard presented these statistics at the Associated Professional Sleep Societies (APSS) annual conference in August 2020. “Stressful world events as well as personal difficulties are particularly known to increase sleep difficulties, and the current COVID-19 pandemic is no exception. The heightened stress and anxiety has a major impact on the quality of sleep for thousands of people,” Haleo comments in its brochure.

Haleo also reports that 40% of Canadians are struggling with sleep disorders, including insomnia. Double the cost of mental health, lost productivity due to insomnia incurs a $16.1 billion tab in Canada annually, adds the firm. This lost productivity is exemplified by absenteeism and presenteeism. In addition, 24% of the costs of accidents and work errors can be traced to insomnia.

The Insurance Portal spoke with two of Haleo's founders, CEO Bradley Smith and clinical director Regine Denesle. Denesle, a psychotherapist, is also the founder and director of the Insomnia Clinic at the Centre d'études avancées en médecine du sommeil (CÉAMS) of the Hôpital du Sacré-Cœur de Montréal. Although it encompasses all symptoms and not just chronic insomnia, the rise in sleep disorders “is still a significant increase, in just a few months,” Smith says.

Denesle says that short, poor quality sleep is associated with a range of adverse mental and physical health effects that should not be overlooked. “Anyone can experience symptoms of insomnia from time to time due to stress, which is currently the case.”

She also underlines the close link between anxiety and insomnia. “In the current pandemic, anxiety is increasing considerably, and many people’s mental health is at risk. These factors create a vicious circle, which explains the explosion of cases,” Denesle adds. She notes, for example, that 90% of people suffering from depression have serious problems with insomnia. In general, two-thirds of people with mental health disorders also suffer from insomnia, Haleo points out.

Insomnia is the main factor driving the rise in sleep disorders, Denesle says. “Insomnia has always made up the lion’s share of these disorders. Before the pandemic, it accounted for 17%. Now it may be 25% to 30%,” she says.

Obstructive sleep apnea is the second most common sleep disorder, accounting for about 10% of sleep disorders, Denesle says. In addition, the tendency to overeat or drink more alcohol during lockdowns can drive an increase in sleep apnea, she adds, noting that this disorder is often linked to being overweight.

Among other sleep disorders, nightmares affect 8% of the population, Denesle continues. Some people might have several nightmares a week. These disorders have also increased during the pandemic, because people often incorporate anxiety-provoking content into dreams in times of intense stress.

Comparing clinic visits before and after the pandemic, Bradley Smith reported a 2.5-fold increase in clientele during the summer, a period that is usually slower. Haleo offers its services to businesses and group insurance plans. “We have also had several new clients who have quickly pivoted to include Haleo's service as part of the company's health and wellness program. We've had to triple the number of therapists in the clinic since the beginning of the pandemic,” he says. Haleo has more than 40 active therapists on staff, Bradley adds.

Régine Denesle mentions that all these therapists are licensed psychologists or psychotherapists. Haleo treats sleep disorders through cognitive behavioural therapy (CBT), provided through a mobile application.

Distance therapy has proven to be effective, Denesle says. “Pilot studies have shown that we have the same clinical improvement results as in a face-to-face clinic. We achieve a remission rate of between 80% and 85% after five 30-minute sessions.” If necessary, treatment can be extended to eight sessions.

What about failures? This type of therapy is demanding because it involves doing things that promote sleep and avoiding things that interfere with it, Denesle continues. “When you follow the recommendations to the letter, you are guaranteed to get a favourable outcome because this therapy is based on sleep physiology, which is the same for all human beings. But there will always be between 10% and 15% of people who will say they just can’t do it, despite all our efforts and explanations.”

Bradley Smith explains that some people find the sleep restriction that Haleo recommends daunting. “People have difficulty with sleep restriction. To improve sleep, you need to spend less time in bed. Some people go to bed at 9:30 p.m. so they can fall asleep at midnight. We ask them to observe a six-hour sleep period,” he says.

Sleep needs to be considered a priority, Denesle adds. “It's about getting our biological clock, the circadian cycle, back on track. We increase people’s propensity to sleep through sleep deprivation. Once they've consolidated a good six hours of sleep, we increase the amount of time they spend in bed in 30-minute increments,” she says.

A review of the scientific literature and clinical experience clearly shows that sleep plays a very important role in an individual's mental health, Bradley Smith says. “A health and wellness program must include a strategy to help employees sleep better. We won't necessarily see short-term results in a pandemic context, but in the long term, we believe that companies that invest in employee mental health will save money in their group plans and improve their workers’ performance.”

Régine Denesle adds that insomnia and sleep disorders in general increase the risk of developing other metabolic disorders, such as diabetes and cardiovascular disease. “Sleep disorders can incur several very costly risks for a company, drowsiness, reduced alertness, accidents...all difficult to factor into the total envelope of direct and indirect costs of insomnia, but they are huge,” she says.

Founded in 2015, Haleo launched its operations with a pilot project involving Desjardins Insurance employees. The Desjardins Group remained a client at the end of this pilot project, Smith says. “We have also had an agreement with SSQ Insurance for the past year,” he adds.

Haleo's services are already partially or fully covered by a large number of group insurance plans across Canada, Bradley Smith points out. “We are currently working with several insurers to better integrate our services with theirs and to simplify access and reimbursement for their members,” he says.

Cost of employer medical benefits forecast to rise 7.5 per cent in 2023
Ontario pharmacists can now prescribe for minor ailments
Ontario expands use of biosimilar drug treatments
Mental illness and diabetes treatment up among younger workers
COVID19