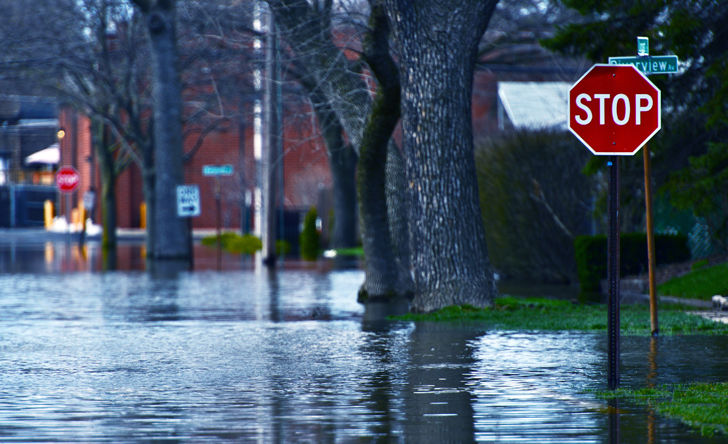 Like temperatures, global sea levels are rising slowly but surely. Linked to climate change, this phenomenon threatens human life and the global economy.

According to the Intergovernmental Panel on Climate Change (IPCC), a 2°C increase in global temperatures will cause sea levels to rise between 0.30 metres and 0.93 metres by 2100. As the ice melts in the Antarctic, sea-level rise could be felt most strongly in the northern hemisphere, where most of the world’s coastal cities, including Canada’s, are located.

In its Global Risks Report 2019 – 14th Edition, the World Economic Forum (WEF) highlights the vicious circle of urbanization, which concentrates people and property in areas potentially exposed to rising sea levels. This human and economic activity leads to soil saturation and drainage problems, increasing the risk of submersion. Coastal cities must take preventive action without delay.

Nine industries and infrastructures at risk

While rising sea levels endanger human life, they also present a serious risk to property such as homes, public buildings, companies, and infrastructure indispensable to the smooth functioning of society, including hospitals, electricity generators, and water supply systems.

In fact, the more highly developed a coastal city, the greater the economic cost of rising sea levels. Nine sectors essential to the economy are at risk:

To limit flooding damage, coastal cities must adapt. While a few cities, such as  Rotterdam and Jakarta, have already begun this process, the majority must quickly take action.

The WEF lists three main strategies that cities can implement simultaneously to reduce their vulnerability:

The need for robust risk-financing strategies

None of this will come cheap. A study by the UK National Oceanographic Centre projects that, in 2100, the global cost of rising sea levels will be US$14 trillion per year. Robust risk-financing strategies will be needed to both fund investment in prevention and pay for recovery when floods occur.

The question of how to share these costs will have to be addressed. Stakeholders in the public and private sectors, municipal and national governments, and perhaps even neighbouring countries will have to hammer out the details.

The WEF estimates that spending on flood recovery efforts is currently nine times higher than on prevention.

The 7 articles in this series: