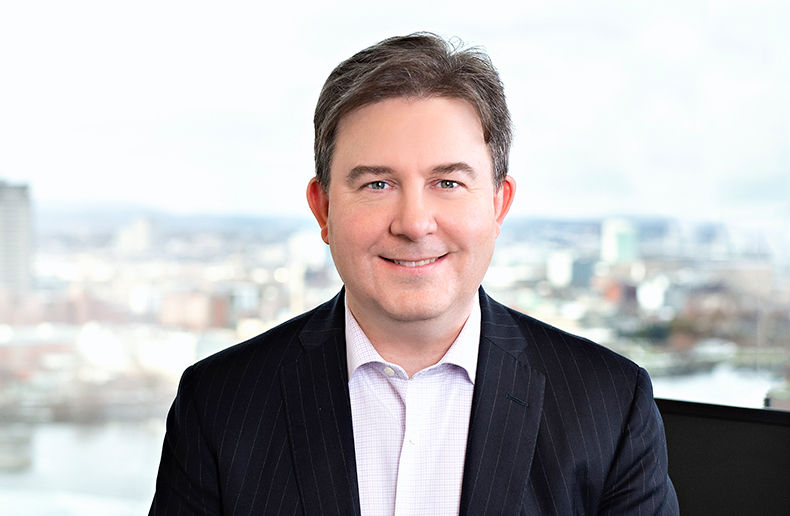 How does the new Superintendent of Financial Institutions, Peter Routledge, plan to position financial sector supervision in Canada?

The head of the Office of the Superintendent of Financial Institutions (OSFI) outlined his priorities at a virtual conference on Sept. 29. Obviously, the COVID-19 pandemic is a concern, he notes, yet climate change and adaptation to digitalization are also creating challenges that must be addressed.

He began his speech with his own translation of a quote from Martin Luther King’s 1967 speech: "We are now faced with the fact that tomorrow is today. We are confronted with the fierce urgency of now. In this unfolding conundrum of life and history, there ‘is’ such a thing as being too late. This is no time for apathy or complacency. This is a time for vigorous and positive action.”

Canada better positioned than others

Routledge says his appointment comes at a “consequential time.” He mentions that the global financial system has endured several bouts of volatility since the turn of the century, including the recession of the early 2000s, the Global Financial Crisis of 2008-2009, the European sovereign debt crisis between 2010 and 2012, and the outbreak of the COVID-19 pandemic.

“In Canada, we weathered these volatility storms better than most nations and OSFI deserves praise for its role in helping Canada get through them successfully. This success is the result of the forward vision and risk focus of previous Superintendents. I am particularly grateful to my immediate predecessor, Jeremy Rudin. Jeremy has bequeathed to me an agile and capable organization that is prepared to confront the risks we see on the horizon and those that have not yet made themselves known,” Routledge says.

The risks posed by climate and digital technology

As part of his role, the new Superintendent must plan for more frequent volatility storms of varying intensities. Routledge thinks these periods of volatility may come from identifiable sources, mainly climate change and the digitalization of financial services.

“Climate change will alter the cash flows generated by some capital assets and occasionally trigger noticeable changes in valuation. These capital asset valuation changes may be felt unevenly across OSFI’s regulated constituency. The digitalization of financial services will affect all business models and threaten an unknowable few; the rising incidence of cyber-attacks across the globe add to the volatility produced by digitalization,” says Routledge.

Climate change and digitization thus represent the “known unknowns” in OSFI's risk environment, he continues, adding that other macro sources of volatility will emerge from unknown places.

OSFI's response to these risks: Transformation ahead

What will this transformation look like? It will have outward-facing and inward-facing components, the Superintendent explains, and will be based on the risks facing the Canadian financial sector.

He cited the Intergovernmental Panel on Climate Change’s (IPCC) recent finding that limiting warming to close to 1.5°C or even 2°C will be beyond reach withoutimmediate, rapid and large-scale reductions in greenhouse gas emissions. Routledge says that part of OSFI’s role is to contribute to public confidence in the Canadian financial system, although the mandate does not specifically mention climate change.

“Getting to net zero by 2050 will mean Canada’s economy will have to adjust. Canada’s financial system will be a critical enabler to that adjustment and OSFI has an obligation to ensure that FRFIs and federally regulated pension plans (FRPPs) are fit to manage the risks that will accompany that adjustment," he explains.

To do so, Routledge wants to broaden his engagement with stakeholders. “We know that supervisory judgements must be made in the context of all of the other players in the economy and the actions taken by others. We have expanded our discussions and engagement with partners domestically and internationally,” he says.

OSFI has been working with its counterparts at the Bank of Canada on a pilot project that uses climate change scenarios to better understand the risks to the financial system arising from the transition to a low-carbon economy, Routledge adds. A small group of institutions representing the banking and insurance sectors participated in the project. The initial report on this work will be published by the end of the year, he says, adding that the results of another consultation will also be released in the fall.

Routledge mentions that a lingering transition to a carbon-neutral economy is no longer an option, despite international efforts in this area. “Actions may be difficult now, but they will be more risky if we wait. Therefore, climate risk disclosures and climate risk management by Canadian FRFIs will expand materially over my term as Superintendent,” he says.

Additional requirements for insurers and banks

OSFI will unveil agile disclosure requirements for banks and insurance companies, he adds. This will be done in a manner that recognizes and minimizes outcome asymmetries across Canada.

“Therefore, we are considering how to responsibly ensure [federal financial institutions and federal pension plans] public disclosures about climate risk meet the expectations of everyday Canadians as well as financial market participants. In the near to medium-term, we aim to support good decision-making within our regulated constituency about climate risk. Good decision-making flows from good information which, in turn, flows from good disclosures,” Routledge underlines.

At the same time, he underlined the lack of convergence of clear and comparable requirements on this issue at the international level. “Many financial institutions have adopted the Task Force on Climate-Related Financial Disclosures (TCFD) framework, but it is clear the reporting of quality data presently, but not permanently, falls somewhat short of being able to provide the market transparency into climate risk envisioned by TCFD’s adherents,” he comments.

Finding the right balance between innovation and financial stability

Routledge summarized the challenge posed by digitalization: Canadians expect regulators to temper, not unduly restrict, innovations in a way that fosters financial stability. “Complicating the matter for OSFI, digitalization can affect different players in different ways and at different times. Therefore, the distribution of digitalization risk across Canada’s financial system is not even,” he adds.

He went on to identify four digitalization-related issues that OSFI is addressing:

Easing the entry of foreign players

Routledge wants to explore opportunities to ease the entry of competitors into the regulated space while ensuring a level playing field for all entities providing financial services to Canadians. He explained why during his speech. “New business models are shifting the design, manufacturing, distribution, and consumption of financial services to areas outside of OSFI’s regulatory perimeter, but not outside the scope of the risks that we are responsible for understanding and to which we must adapt.

Canada has an opportunity to let innovation in financial services flow through both new entrants and industry incumbents. Some of those new participants may be relying on some of the same service providers as the institutions we oversee – this adds to the reasons why understanding third party risk is important.”

On the topic of cyber risk, Routledge outlined OSFI's work in recent months and upcoming guidance. “These are steps toward a longer-term objective to improve the sharing of risk data and broadening the circle of trust among institutions, regulators and newer participants in the financial system," he says.

As for cryptocurrencies and how to respond to them, Routledge said OSFI is building on the Bank of Canada's work in this area by adapting how it can evaluate the soundness of the financial institutions if, and as, digital money proliferates. The Superintendent describes one action OSFI might take: “digital currency could lead to changes in the speed and scope of funding and liquidity for institutions, which will likely require an adjustment to how OSFI thinks about and measures these more traditional financial risks.”