If a major insurer fails, the compensation fund will fall short 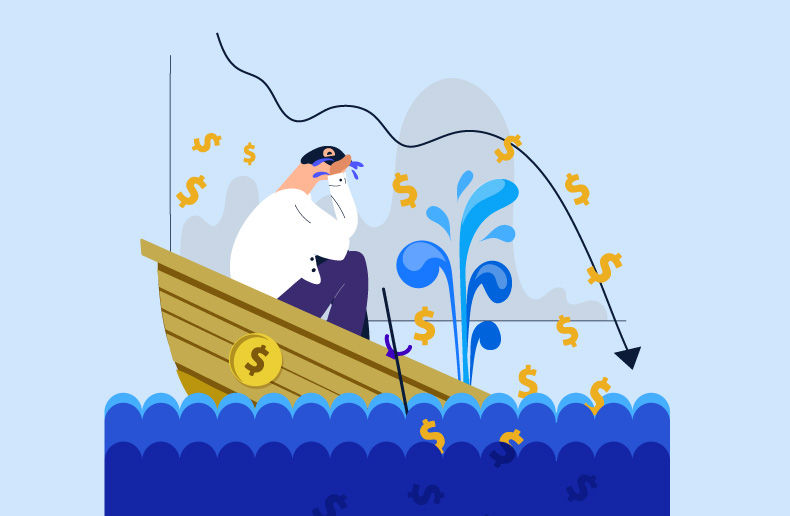 Notably, the organization’s President and CEO Alister Campbell points out that the PACCICC compensation fund is about $60 million.

In fact, a study conducted by Eckler Ltd in 2021 finds that this amount is insufficient to cover the first 30-day requirements following the failure of any of the Corporation’s Top 70 member insurers.

“Bluntly put, our Fund was no longer large enough for its initially intended purpose,” says Campbell. As a result, Eckler was asked to perform a follow-up analysis to determine the financial capacity that the Corporation would require to handle larger insurer failures. A more realistic target is now between $225 million and $250 million.

At the same time, PACICC has continued to conduct research resulting from the study published in 2021, which estimated the industry tipping point in the event of a major disaster, such as a major earthquake, to be approximately $35 billion.

For a major earthquake that caused $30 billion to $35 billion in insured losses, PACICC says that it would need about $230 million to mitigate the risk of systemic contagion.

The fact that the two different research streams generated similar numbers for required funds is coincidental, Alister Campbell points out. Be that as it may, these figures emphasize that such a target range makes sense, as the organization ponders the most cost-effective way to fund this increase in capacity.

The PACICC is considering various options, including a line of credit or capital levies, as alternatives to reinsurance. A combination of all three mechanisms is another possibility.

In the same newsletter, the CEO of the Canadian Investor Protector Fund (CIPF), Rozanne Reszel, describes the “tower” of financial capacity that the CIPF has built. It is made up of a combination of capital, a standby-line-of-credit and reinsurance.

PACICC is closely watched by regulators stakeholders and partners, which are focused on “financial resiliency.” “Our research has given us a clear understanding of the scope of the risks we face. But there can still be a big gap between understanding the threat…and having the capacity to respond. I believe that ensuring that we have the ‘firepower’ we need to respond to potential threats,” Campbell concludes.

In the same newsletter, Grant Kelly shares the results of Canada’s P&C insurers in the first quarter of 2022.

Industry return on equity was 11.5 per cent in 2022, compared with the same quarter in 2021. Kelly says this drop in earnings is largely due to a steep large decline in investment income, amounting to a $1.058 billion nosedive

Because insurers invest mainly in bonds, rising interest rates drive down their value. That is not good news in the short term, Kelly acknowledges. However, because most insurers hold these bonds until they mature, the resulting “paper losses” may not erode the industry’s long-term capital base, he points out.

In fact, these losses did little to impede insurers from achieving strong underwriting results. The industry’s combined ratio was 79.2 per cent in the first quarter, an improvement over the 81.2 per cent ratio noted in 2021.

The auto insurance loss ratio was 45.5 per cent in the first quarter versus 53.1 per cent a year earlier.

In contrast, claims were more costly in home insurance, with a loss ratio of 50.8 per cent, compared with 46 per cent in the first quarter of 2021. Losses were particularly high in the Maritimes, especially in Newfoundland and Labrador (95.1 per cent loss ratio) and Prince Edward Island (84.1 per cent).

Claims were also slightly higher in commercial lines, with a claims ratio of 48.6 per cent in Q1 2022. In 2021, that ratio was 42.4 per cent, the lowest level in history, according to the PACICC database.

For all P&C insurers, direct written premiums reached $16.5 billion during the first three months of the year, an increase of 10.3 percent compared with the same period in 2021.

The pandemic in Thailand

The quarterly newsletter also includes a summary by Judy Peng on the failure of four insurers in Thailand linked to COVID-19-related insurance products.

Unlike in developed economies, where governments have heavily subsidized taxpayers and businesses to help them get through the 2020 recession, individuals and SMEs in developing countries could not count on state support. They consequently turned to insurers for pandemic coverage.

Insurers saw an opportunity to sell these products, which are similar to personal accident policies. At the end of 2020, for a population of 68 million, the total number of reported cases of the virus in Thailand was a paltry 6,884, equal to 2 per cent of the Canada rate.

As of December 2021, the Thai General Insurance Association estimated claims at more than 25 billion baht (C$915 million). Four domestic insurers had their licences revoked in late 2021 and early 2022.

Two of the failed insurers were subsidiaries of Thai Group Holdings (THG); the consortium reported losses of C$123 million for 2021. THG asked the Thai insurance regulator to cancel all lump-sum policies, but its request was denied.

Insurer failures in Thailand have caused concern in another market exposed to increasing pandemic claims, Taiwan. “As the example of Thailand shows, best practice in insurer risk management can be compromised when ‘fortune’ knocks at the door. And when that fortune is tied up with an emerging risk, what may at first seem attractively sweet can turn out to be unpleasantly sour,” Peng concludes, referring to Thai insurers who underpriced their products and underestimated their risks.

Advertisement
The most popular in P&C
Alberta council issues fine for failing to respond to demand for information
Flood insurance: A roadmap for the national program
Echelon and Orion seek permission to merge
Headlines
Regulator sanctions MD Management

Echelon and Orion seek permission to merge
New program to provide loans of up to $50,000 to women entrepreneurs
Parents talking to their children about money issues earlier than before
National home sales fall
COVID19