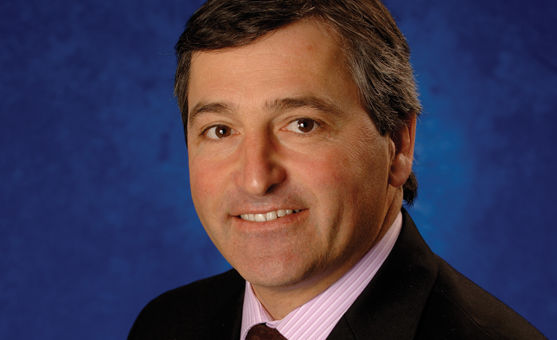 In a submission made on Sept. 30 as part of the consultation on the application of Quebec’s Act Respecting the Distribution of Financial Products and Services (ARDFPS), the Conseil des professionnels en services financiers (CDPSF) is asking the province’s Minister of Finance to delay proposed changes.

The CDPSF is an association of financial services professionals in Quebec, and the first area of concern they address in their submission is the prospect of online sales taking place without an advisor. The CDPSF argues that a licensed representative should be involved in every insurance transaction.

“The CDPSF firmly believes that there would be significant social costs if the government were to eliminate, even partially, the advisory role of the financial services industry,” writes CDPSF’s CEO Mario Grégoire in his introductory note. The CDPSF recognizes that the Internet is an essential part of doing business, but the group says that this tool makes insurance consumers more vulnerable. In the CDPSF’s opinion, the role the advisor plays is not just a benefit to the consumer; it acts as a safeguard.

Formalize the role of MGAs

In addition, the CDPSF has commented on easing the regulatory burden and is urging the Minister not to do away with the Chambres, which function as self-regulatory organizations in the province. The group supports the harmonizing of the Mutual Fund Dealers Association (MFDA) rules with Quebec legislation and suggests that it is both possible and desirable that various regulatory frameworks be harmonized across Canada while still respecting provincial distinctions. The CDPSF is also recommending that the role of managing general agents (MGAs) in Quebec be formalized.

Finally, the CDPSF has called for the appointment of an expert committee that would include the Circle of Financial Integrity, an entity which was formed spontaneously when the CDPSF met with 16 MGAs on Sept. 9. Furthermore, the association would like the discussions concerning possible revisions to the ARDFPS to be made public. Ten MGAs have expressed their support for the submission: AFL Financial Group, Financière S_entiel, Peak Financial Group, Financial Horizons Group, Groupe SFGT, Copoloff Insurance Agencies, MICA cabinet de services financiers, Planifax, Pro Vie Insurance, and Union 2005.

According to the MGAs who met with The Insurance and Investment Journal shortly after the Sept. 9th meeting, Internet sales were the main topic of discussion.

Yan Charbonneau, CEO of Groupe AFL, said “We want to raise objections and we have a group like CDPSF that can help us to do so. For example, the AMF (Quebec’s financial markets regulator) trivializes our products in its main report to the Minister, giving the impression that they can be simple. No life insurance product is simple, and letting the consumer choose one product over another without having an advisor involved is dangerous,” he insists.

Guy Duhaime, CEO of Groupe Multi Courtage, believes that Internet sales are inevitable and suggests that the Quebec government wants to lead the way with its regulations. “But we are convinced that the government erred in opening this channel too wide,” he comments. “We can already see problems arising from mortgage insurance sales. Some consumers believe they are covered in any circumstance, but in fact they are only insured in case of an accident.” Travel insurance is another product that is often sold online, but without advice. Duhaime says the consequences can be disastrous. For example, the insured may end up believing that a travel policy covers overseas care costs when that is not the case.

Mario Provencher, Financial Horizons Group’s vice president of operations in Quebec, Mario Provencher, commented, “Everyone realizes that the Internet is a central part of business activities, but we want to make it clear that insurance is not a grocery item. Its sale requires support from an advisor who understands the risks. Otherwise, the policy that is sold without involving a representative could turn into a boomerang for the industry,” he warns.

Michel Kirouac, vice president and general manager of Groupe Cloutier, said he believes that Internet sales introduce an unacceptable double standard in terms of responsibility. “It makes no sense that an advisor sitting at the end of a table should have to produce a comparative review and make disclosures, and also conduct a financial needs analysis, while the customer who conducts the transaction over the Internet misses out on all of it,” he comments. “If a problem should arise, who will be responsible?” he asks.

Advertisement
The most popular in Health
Study examines pharmaceutical access and use among the insured and uninsured
Group insurance: employers are leaving fee-based programs on the table
In-depth impact paper looks at employee mental health needs
Headlines
Economic crime reported by more Canadian companies than their global counterparts