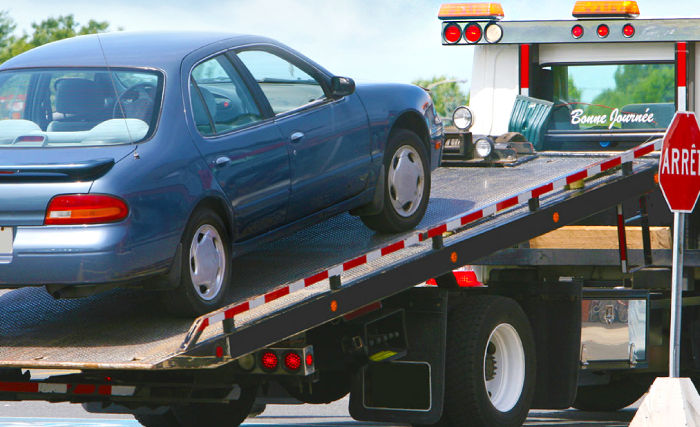 The fee for towing a damaged vehicle to a collision report centre (CRC) has ballooned from $400 to $750. At the July 6 council meeting in Mississauga, IBC representatives asked the city's elected officials to put the decision on hold because documentation supporting the increase was lacking.

The motion announcing this towing rate increase was submitted on June 22 by Councillor Carolyn Parrish. It passed unanimously, with no consultation or debate. At the July 6 meeting, the motion was ratified by nine of the ten council members. Only one councillor opposed the motion.

Between the two council meetings, IBC Ontario Vice President Kim Donaldson wrote a letter to Mississauga Mayor Bonnie Crombie expressing concern about the increase and the motion that authorized it.

In the letter, a copy of which was obtained by Insurance Portal, IBC argues that this decision places a heavy burden on drivers and the insurers who cover their automobile risk. The increase was made without justification to residents or consultation with the industry, IBC adds.

The Mississauga towing rate has also been raised to 33 per cent for all other towing that does not follow a collision.

In the same letter, IBC points out that in 2020, the municipality had already increased the daily rate for storing a vehicle from $60 to $85 (46 per cent higher), again without consultation or justification.

Even though the annual inflation rate reached 7.7 percent in May 2022, a towing rate increase that is eleven times the rate of inflation “cannot be justified for any known reason,” IBC continues.

The Bureau notes that this increase comes at a time when the provincial government is taking bold action to intensify its oversight of the towing industry. In fact, numerous incidents of fraud or violence have made headlines in the Greater Toronto Area (GTA) in the past few years.

The Ontario Ministry of Transportation (MTO) recently launched a pilot project aimed at ending the chaos at accident scenes in the GTA region, which includes Mississauga. The goal was to put an end to the “first to scene” rule that resulted in tow trucks literally fighting at accident scenes, which hindered the safe and quick removal of vehicles following a collision or breakdown.

In May 2021, the provincial government brought into force legislation to overhaul the entire industry, known as the Towing and Storage Safety and Enforcement Act (TSSEA). The TSSEA will replace the municipal towing regulations that were previously adopted piecemeal. The new legislation is intended to be fully implemented in January 2024.

IBC believes this arbitrary decision by Mississauga City Council reinforces the need for provincial oversight coupled with a clear and transparent process to regulate tow fees. This increase, which nearly doubled the rate in that city, already places pressure on consumers and is not in the public interest, the Bureau says.

IBC has created a special tab on its website called “Know your tow.” It is one of the most visited by Ontario consumers, according to Andrew Bartucci, spokesperson for the Bureau.

Bartucci says IBC has been calling for better oversight of towing in the province for several years. A release dated April 15, 2014, states that the IBC’s Towing Working Group lauds the Ontario government’s introduction of a Roadside Assistance Protection Act bill, specifically aimed at reining in the towing industry.

A feature on trucking insurance premium increases that appeared in the April 2020 issue of our French-language sister publication Journal de l’assurance listed the problems plaguing truck drivers along Highway 401 between Cornwall and Toronto, one of the country’s busiest and most dangerous corridors.

The Association du camionnage du Québec panned the sharp increase in costs charged by first responders who show up at the scene of an accident: Paramedics, municipal services, firefighters, police officers, towing companies, and environmental damage clean-up companies. The trucking association's CEO Marc Cadieux even spoke of an “open bar” that made all carriers jittery about taking Highway 401.

Several insurance brokers specializing in trucking confirmed that insurers were being asked to pay exorbitant claims following a road accident on Highway 401.

May 21 storm could be among the costliest disasters for Canadian insurance industry
Group aims to make communities more climate resilient
Promutuel still aims to double in size within 5 to 7 years
Co-operators: Income tops $500 million in 2021