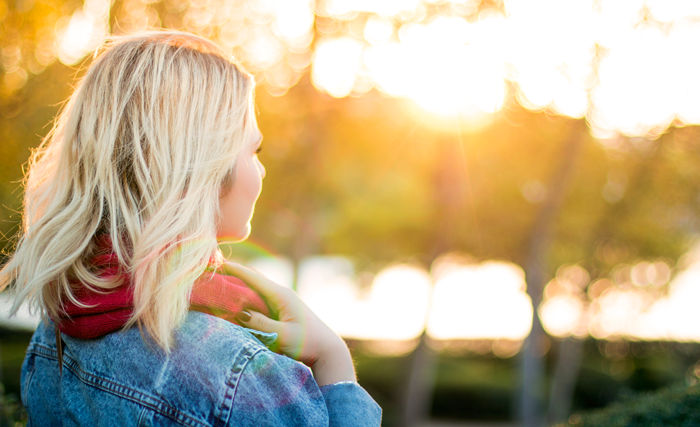 A recent study by the Swiss Re Institute confirms the importance of maintaining biodiversity to promote human health. Taking a walk through a green space, park or forest has a very positive impact on mental and physical health. The reinsurer estimates that the savings associated with simply spending time in nature could reach US$70 billion per year.

In preparation for The United Nations Biodiversity conference, which took place in the week of October 11, the reinsurer said that governments must increase their efforts to achieve the goals set at the Rio Summit in 1993 for the preservation of biodiversity, which has an inestimable impact on human health.

Oliver Schelske, the author of the study “Biodiversity and the benefits for human health” points out that by 2050, more than two thirds of the world’s population will live in urban areas. “Already today, many people have limited access to green spaces and are experiencing the harmful effects of air and noise pollution in urban and suburban areas. As this report shows, increasing biodiversity by creating more parks and planting more trees clearly benefits everyone’s health. For the re/insurance industry, it will become important to standardize how we measure the benefits of time spent in nature to better explain the positive effects on health and thereby develop related insurance solutions,” he says.

The study aims to quantify these benefits associated with urban green spaces, and proposes solutions for the reinsurance industry. Christoph Nabholz, Chief Research Officer at the Institute, says “The benefits of improved human health due to time spent in nature for society and the global economy are becoming indisputable.”

The COVID-19 lockdowns demonstrated how vital green spaces are to well-being, Nabholz adds. “We should therefore all consider our green environments to be as valuable as private or publicly owned assets,” he says. The insurance industry has a role to play in enabling and protecting green environments by insuring urban parks and green roofs, among other measures.

A study of 3,000 Tokyo residents in 2020 correlated frequency of green space use or visibility of green views with five mental health outcomes. Being able to look out a window at a park was associated with higher levels of self-esteem and well-being and lower levels of loneliness, anxiety or depression.

Urban air quality improves considerably as the number of trees increases. A 2014 U.S. study showed that tree coverage removed 17.4 million tons of pollutants, corresponding to health savings of about $6.8 billion.

Trees not only provide places where city dwellers can relax in the shade, but also reduce the impact of urban heat islands. They lower the deaths and hospitalizations associated with heat waves, which are becoming more frequent and longer-lasting due to global warming.

Evapotranspiration from trees also lowers summer temperatures significantly. For every dollar invested in the urban forest, cities received annual benefits estimated at between $1.37 and $3.09, a U.S. study published in 2005 concludes.

A British study done in 2014 measured the temperature difference in London in areas within a 440 metre radius of an urban park, and found a cooling effect of up to 4°.

The global economic burden of mental illness, estimated at US$2.5 trillion in 2010, could rise to $6 trillion by 2030. Mental health is the most common cause of absence from work.

Other studies based on metadata analysis have made connections between the proximity of natural areas to home and visit frequency by urban residents. In Japan, a 2010 study showed significantly lower hemoglobin levels for a group that walked in a park compared with another group that walked in the city. Similar results were obtained for cortisol levels. These two biological markers are indicators of stress levels.

Other studies confirm that outdoor activities such as sports or gardening support mental health.

A market for insurers

The Swiss Re Institute points to a significant gap in access to mental health care across countries and between groups within countries. For insurers, there are many needs to be met and guarantees to offer. In the area of prevention, insurers can design programs that include outdoor physical activities. Reducing mental health-related disabilities by merely 1 per cent would save billions of dollars in benefits.

A number of studies have associated cardiovascular diseases with lack of green space density, the study adds. Cholesterol, hypertension and diabetes have been measured in numerous studies conducted in urban areas, which confirm the benefits associated with green spaces.

The Institute also analyzes the insurance needs for buildings that install green roofs. Green roofs can be insured, the analysts say, but coverage must consider the various associated risks, which include water or wind damage, fire caused by related activities, and added weight on the structure. The reinsurer also advises against installing green roofs on buildings in coastal areas, due to high wind exposure.

In addition, the publication proposes analytical criteria that underwriters and risk managers can use to tailor coverages to the services provided by green spaces, along with the need to preserve forest habitats.