Education and collaboration needed to combat financial exploitation of seniors 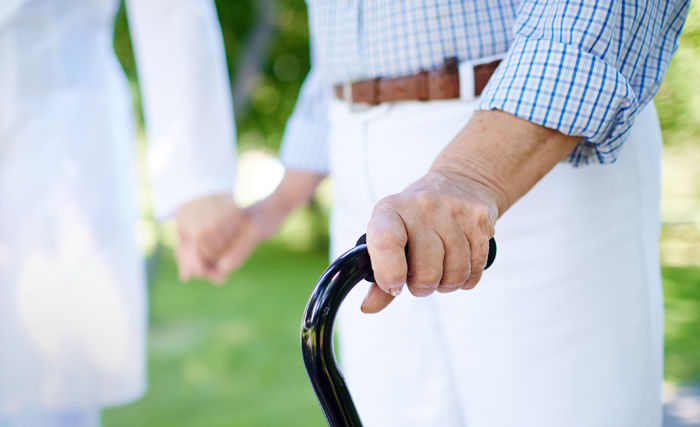 At a recent round table convened by advocacy organization, CanAge to discuss age inclusiveness in Canada, industry experts discussed the need for pension reform and ways to stop financial exploitation of seniors from occurring.

The roundtable, which included presentations by industry experts Lucy Becker, vice president of public affairs and member education services with the Investment Industry Regulatory Organization of Canada (IIROC) and Deborah Gillis, senior legal council with the Financial and Consumer Services Commission of New Brunswick also looked at regulatory developments like the work being conducted by the Canadian Securities Administrators (CSA) to develop rules to protect vulnerable investors.

“Financial abuse can strip a person of their autonomy, deny them dignity and make it such that they are not economically included in the regular things that you would do on a normal day. In that regard, I really believe tackling financial abuse and fraud is really one of the number one things we can do to promote economic inclusion,” Gillis told the virtual roundtable. “To tackle the issue of financial exploitation of older adults in Canada, I really think we need to do four things: We need to acknowledge and talk about the problem. We need to educate and train on the issues to inform people what financial exploitation is, what the signs are, and how to get help. We need policies and regulatory frameworks that respond to financial exploitation and we need to collaborate with others in our efforts.”

Non-reporting is severe and dramatic

Gillis adds that the World Health Organization (WHO) in 2017 found that financial abuse affected about 19 per cent of seniors surveyed. The WHO further suggests that non-reporting of this crime is severe and dramatic – probably only one in 24 people who are victims actually report financial abuse.

“Older adults were generally way more concerned about frauds and scams by people they do not know. However most of the stories we actually heard from people were stories of actual abuse that was being perpetrated by a trusted family member, individual or caregiver,” she says. “It was clear that people are perhaps afraid of reporting because they fear losing support of family, losing independence or losing access to their grandkids.”

Other signs of financial exploitation can include anything from physical injuries and poor hygiene, to sudden changes in banking arrangements or expenditures. “One of the biggest risk factors for financial abuse is isolation,” she adds. “Keep connected with older adults. Do not allow social distancing to equal social isolation.”

Gillis goes on to say that there is no specific crime of elder abuse under the Criminal Code of Canada. “This does not mean it is legal to harm older people in Canada. It means the mistreatment of older adults must be captured by general criminal law provisions within the criminal code,” she says. “Even those who are very well versed in the criminal law, such as police, do not always know how the provisions could interplay with senior financial exploitation.”

To help, she encourages those who work with seniors to be aware of their own province’s network which can include adult protective services, the public trustee, senior’s advocates and community based programs. “Where one seeks help will really depend from province to province because Canada does not have one standard adult protective service,” she says. “Really get to know your network in your province so that when the time comes you can reach out and ask for help.”

Becker and Gillis also both discussed the recently proposed rule amendments that would allow investment dealers to help when they reasonably believe that a vulnerable client is being exploited or when a client may have diminished mental capacity. The proposed rules were open for comment until June 2020.

The proposed rules would require registrants to take reasonable steps to obtain the name and contact information of a trusted contact person (TCP) from each client, along with the client’s written consent to contact the TCP in prescribed circumstances. The rules also say if there is a reasonable belief that a vulnerable client is being financially exploited or lacks mental capacity, a registered dealer is not prevented from placing a temporary hold on the client’s accounts.

Becker says IIROC’s research shows that an overwhelming majority of Canadian investors believe that such protective measures should be put in place: Nine out of 10 supported having a trusted contact person listed in their account and 90 per cent supported giving firms the ability to put a temporary hold on their account if they suspect financial exploitation.

Suitability remains one of the top complaints

In addition to frauds and bankruptcies increasing amid the COVID-19 pandemic, Becker also raises the alarm about the increasing number of people who are making use of order execution only firms. She says suitability remains as one of the top complaints IIROC receives. “In 2019, nearly one third of all the prosecutions that we undertook were related to suitability,” she says. “On top of that, seniors and vulnerable clients represented one-quarter of the matters that we reviewed.”

Flash forward to today, she says during the first half of 2020 there were 1.2-million gross new online order execution only accounts opened in Canada, compared to just 846,000 gross new accounts opened during all of 2019.

Of the calls and complaints IIROC is receiving about online trading, she says 34 per cent are actually coming from people over age 65. “There is a significant portion of seniors that are using online, order execution only investing accounts,” she says. “Suitability is not something that is part and parcel of that process.”