Climate change: Is insuring the environment a solution? 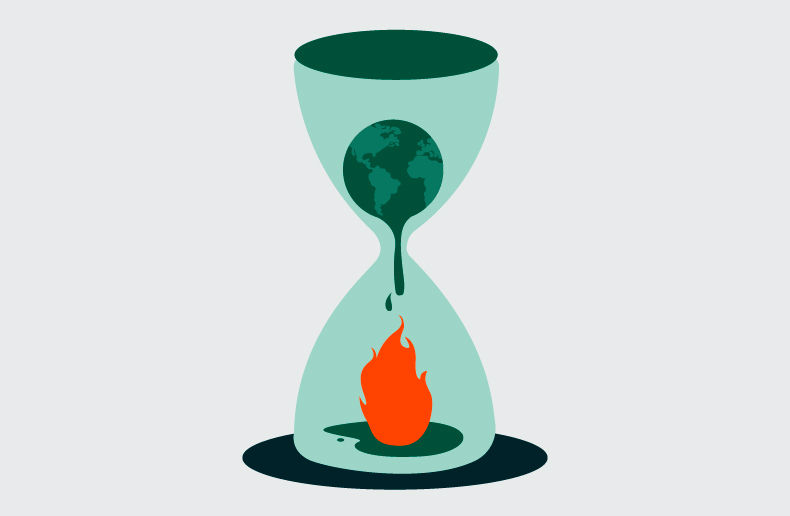 Instead of insuring people against personal loss, insuring the environment could be a feasible climate change adaptation measure for many countries, say the authors of The Economics of Biodiversity: The Dasgupta Review, a report commissioned by the British government. This study, led by Cambridge University economist Partha Dasgupta, was published in early February.

The authors modelled their proposed insurance after home insurance. Just as home insurance restores your home to the condition it was in before a loss, the nature insurance premium would be used to restore the ecosystem following a disruption or damage.

Governments or municipalities should administer their own public insurance programs, the researchers say. The premium would take the form of a tax that would be put aside in a restoration fund.

This model has one major pitfall, the university researchers admit. People would no longer have an incentive to buy private insurance, and would rely almost exclusively on the government program.

Eventually, private insurers will fall behind

Over time, citizens’ vulnerability increases. “If entire countries are vulnerable to physical risks from natural capital depletion and costs from these risks crystallising are significantly large, national insurance schemes are likely to be unable to deal with future extreme events on their own,” the researchers add.

For poorer countries, extreme weather events can wipe out a significant portion of their capital and productive capacity, and in turn affect the country's coffers and resilience. A global risk pool formed of contributions from all countries could help protect vulnerable countries from such shocks following extreme nature-related events.

Overconsumption and overexploitation of resources place stress on the ecosystem. This increases the possibility of reduced productivity and disaster. Even though ecosystems display signs when they are under stress, no one can tell when the system will reach a state where restoration will be too prohibitive. Uncertainty prevails, the researchers say. "But sceptics have been known to exploit that uncertainty and say they have been there before; they complain that environmental scientists cry wolf too often," they add.

In fact, more frequent and more extreme weather events, accelerating animal species extinctions and COVID-19 have all highlighted the fact that various parts of the biosphere are now overstressed.

Taking steps to reverse the trend is costly, the researchers point out. Refusing to act to change course would expose society to the possibility of a regime shift that would inflict even greater social losses.

Several global funds have been established to implement climate change mitigation and adaptation measures, which include efforts to reduce environmental degradation. They provide grants and mobilize a combination of public and private funds to support conservation and restoration projects.

For example, on February 25 the governments of Canada and British Columbia announced a program to enhance biodiversity and protect species at risk. The federal and provincial governments will explore new ways to protect and restore the habitat of the endangered spotted owl by building ecosystem resilience to climate change.

There is currently no global insurance scheme for nature, but there are examples of regional and multi-country insurance schemes for environmental disasters such as the African Risk Capacity (ARC) and the Caribbean Catastrophe Risk Insurance Facility.

Both programs pool risks among participating countries and reduce the cost of disasters caused by climate change, earthquakes, and hurricanes. This type of system, which rests on reinsurance principles, reduces an insurer's loss by sharing climate risk with one or more reinsurers.

Inflation could push up claims for property and casualty insurers
Emerging risks: The dangers of the economic recovery
Manitoba regulator reduces penalty on compassionate grounds
Holly A. Moore promoted at Chubb
Home insurance

One in twenty homes in Canada is being renovated
Insurers in North America: Rating upgrades topped downgrades in the past five years
Digital broker partners with benefits provider to offer P&C insurance to plan members
Economical sets a record
Distribution