Advice for transitioning to a fee-based practice 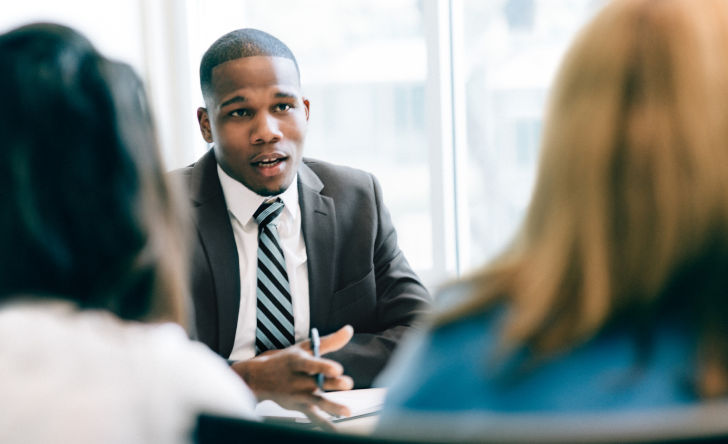 If regulators are saying they believe embedded commissions encourage “sub-optimal behaviour,” now may well be the time to consider fee-for-service compensation with new seriousness.

The old discussion has new life and a brand-new sense of urgency after the Canadian Securities Administrators’ announced in January that it could take the industry down the same path forged by Australia and Britain, where embedded commissions are banned outright today.

Shortly after the New Year, the CSA issued a 169-page consultation paper on banning embedded commissions, a push which should have many thinking about the viability of their practices going forward. The consultation paper is available on the Ontario Securities Commission’s website. Comments in writing are due on or before June 9, 2017.

Where advisors of the past had few guideposts to suggest their best course of action when moving from commissions to a fee-for-service business, those making the switch in 2017 will be in a relatively fortunate position where it is possible to learn from those who’ve gone before.

“People who do it successfully, at least the people I’ve seen who have done it successfully, they have a business owner’s mentality, not the mentality of someone who just wants to create a job for themselves,” says Scott Plaskett, CFP, senior planner and CEO of Ironshield Financial Planning. “You need to have that business owner mentality.”

Added to the shift instigated by regulators this year, other fee-only advisors say clients are savvier than ever when it comes to fees. Jason Heath, CFP and managing director of Objective Financial Partners Inc. says consumers are more willing than ever to pay for financial advice, in particular.

“A lot of people are asking about ETFs and things like that,” he adds. “You’ve got to talk to them about ETFs and robo advisors, and the competing alternatives for whatever services you’re providing. You might as well talk about it and be paid for the conversation, rather than avoid it.”

“I find, when you’re fee-only, clients don’t worry about what you’re pitching or what your conflicts of interest are, because there aren’t any. I don’t feel like a sales person when I’m selling somebody on my services. I would feel like a salesperson if I were trying to sell them on a mutual fund or an insurance policy.”

“Two financial planners working for me came from the brokerage and insurance worlds,” he adds. “They’ve both said it’s amazing to make the switch. Clients trust right from the start – you don’t need to go digging for information…I feel bad for the advisors who only have half of their client’ trust, and probably can’t do as good a job as a result.”

Going forward, the industry would appear to be divided into two camps: Those who plan to carry on without making changes, and those who are considering the implications carefully.

“Some will ride that client base out until clients get sick of them, or until the compliance department gets sick of them. Sooner or later, they will need to deliver service,” says Leading Advisor coach, writer, and industry speaker, Simon Reilly. “Clients are going to expect it, and regulators are going require it.”

Providing this service, and getting fairly compensated for it, is one of the biggest motivators driving those who established their fee-for-service practices early.

Plaskett says financial planning is at the very centre of everything he does with clients. On obtaining his CFP back in 1993, however, he was immediately struck by the lack of compensation available for such efforts. Racking up products sales was the number one goal for almost all advisors – CFPs included.

“I was very unsuccessful in my first few years because I was trying to do the right thing,” he says.

“I thought ‘how the heck do you make money?’ Financial planning was foreign to people. People thought a financial plan was a good investment plan. I didn’t know how anybody knew what to pick when there wasn’t a plan. It felt like malpractice. “

Moreover, he says compliance oversight was especially invasive and onerous because financial planning was an “outside business activity.”

“That oversight had more to do with suitable implementation – products sold – as opposed to making sure the plan was written properly.”

At the same time, he says planning needed to be put in place, simply to answer typical client questions clients have about required rates of return, and the amount they would have available to them in retirement. “These were questions we couldn’t answer with our current model,” he says. “I have better financial conversations with clients now. We have more complete conversations.”

Forget “all or nothing”

In making the switch to a fee-based or fee-only practice, there is some discussion about the most effective ways to accomplish the shift – quickly, in one year or quarter, or over time, transitioning only a few clients each month.

Although Plaskett made his move relatively quickly compared to others, he says he still needed to make the transition twice.

“Introducing the model, when I first started, it didn’t go very well,” he says. “I started once, realized it wasn’t working very well, then did it again, and it worked extremely well.”

“The first time,” he says, “we told people we were going to get very engaged with their overall affairs, using a very robust process. The problem was, not everyone wanted that.”

After losing his first three clients to this approach, Plaskett repositioned the offering, calling it a new division of his existing company – the financial planning division – and invited clients to come for information sessions about the new practice. “We recognized that people felt it was an all or nothing proposition. Once we repositioned it was a very easy process.”

Heath has similar advice, particularly for those who are used to prospecting with a drag net. “A lot of advisors just want to get as much as they can under one roof,” he says. “I don’t think that’s the right way to do it. I think you need to identify your target market, what you’re going rate should be, and build your business strategically like any other business owner would.”

“You may have some people who never want to transition to a fee-only arrangement. But if you do it slowly, surely, and you introduce it to new clients right off the bat, I think you can migrate your practice and maybe keep most of your clients. Certainly keep the good ones.”

He says when selling time, particularly when selling flat-fee packages, “pretty much any time you estimate how long it will take you to do something, it will take longer,” he adds. “You need to get used to estimating your time fairly so you don’t sell yourself short.”

“Selling your time is really no different. Your time is the product. You’re still selling because you’re selling people on your service packages. The different part is there’s more trust between you and the client.”

Reilly suggests identifying your top 10 clients “the ones who love you,” and call them up.

“Tell them you’re getting clear on your value proposition for 2017, and ask them a few questions. The two questions are: ‘What do you like best about working with me?’ and ‘What did you receive that you did not expect?’”

“It’s going to resonate. If you can take two days and do nothing but call clients up to ask ‘what do you like best about working with me?’, just do it over and over, and over, it’ll break through that fear, and help them to identify what they’re worth.”