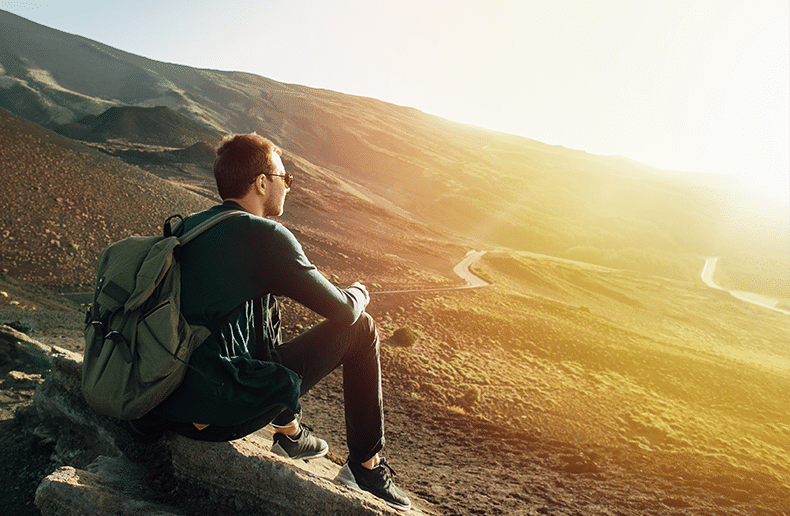 Travellers are still leaving home without packing individual travel insurance because they overestimate the scope of their group and public insurance plans. Many factors are compounding this chronic underinsurance problem.
Too many Canadians skip travel insurance or purchase incomplete coverage, insurers say. Why? Young people often think they are immune to risks, especially during short trips. Then there are the Snowbirds who already have an illness and fear being declined. A Snowbird is a traveller age 55 or over who leaves the country for at least 31 nights. For all categories combined, travellers think they have enough coverage in their group plan, credit card or public plans. They don’t bother to confirm their status before they leave Canada.

The latest survey by the Conference Board of Canada on insurance for overseas travel (Outbound Canada, Canadian Health Insurance Survey Results) shows that nearly 3/4 of Canadians travelling for pleasure do so without private emergency medical insurance. Canadian travellers aged 50 and over are the most likely to be covered, at 81%, versus only 55% for those ages 18 to 29, and 69% in the age 30 to 49 group. The survey finds that it is mainly forgetfulness and lack of risk awareness that explain the avoidance of insurance, while only 22% claimed the product price is too high.

“The survey demonstrates that young people seem to associate the risk with the duration of the trip,” François Morel, direct marketing advisor, Travel Insurance at Desjardins Insurance, told The Insurance and Investment Journal in an interview. “They travel to the United States for a few days, say to go skiing or snowboarding, and don’t worry about having an accident.”

Snowbirds have different reasons for shunning insurance, Morel adds. “Some of them are not insurable, while others find the insurance cost too high,” he points out.

A survey conducted in July by BMO Insurance found that ignorance and carelessness are the two main factors. Four out of ten Canadians think that all their medical expenses abroad are covered, even if they themselves are not insured. One-third of the survey respondents said that they sometimes or never buy travel medical insurance for their foreign vacations. However, the danger is quite real because one quarter of Canadians requires medical assistance when travelling abroad, the study finds.

Uninsured travelers justify their decision by claiming that they are already covered by public or workplace insurance plans or by their credit card. Others find premiums too high. Still other survey participants think it is unlikely that they will need medical care. “We discovered that many of them thought they were covered when they weren’t, especially regarding medical costs”, Julie Barker-Merz, vice-president and chief operating officer, BMO Insurance, told The Insurance and Investment Journal.

Barker-Merz points out a broken leg suffered during a simple weekend ski outing in Vermont can run up US$20,000 in medical expenses. Having to be flown back to Canada from Florida in an air ambulance can cost up to $15,000. “Now, that is the US. In Thailand, decompression sickness could cost up to US $40,000 to treat,” she says.

Joanne Parent, director sales & development for Eastern Canada for Blue Cross Travel Insurance, is dismayed to see many people so poorly informed that they expose themselves to a huge financial risk. “Travelling without travel insurance is like canoeing without a life jacket. Inconceivable,” she says.

Parent brings up the exorbitant medical expenses or transport costs that insured can incur in the United States or abroad. For example, it costs about $50,000 to be flown home (in an air ambulance) from Paris to Montreal. “Your life savings can literally disappear into thin air,” she says.

Travel insurance holders also gain access to assistance services that can prove crucial overseas. “What do you do when you have a car accident in Thailand and you’re injured and don’t speak the language. Where do you go? That’s what travel assistance is for,” Joanne Parent says.

Group insurance has its limits, she continues. “Travel insurance is less and less common. It’s not a guarantee that is valued very much by employees, like dental care or prescription drugs. It is often the first thing the employer plucks from group coverage. As a result, only good [individual] travel insurance can guarantee that the traveler will be immediately taken care of and provides sufficient coverage to ensure that the insured does not have to pay out-of-pocket,” Parent explains.

RBC Travel Insurance reached similar conclusions to the BMO and Conference Board studies. “40% of the Canadians that will be travelling outside of Canada in the next 12 months didn’t plan to buy insurance,” explains Martha Turnbull, head of auto, travel and property claims, RBC Insurance. She also noted the pervasive feeling of invincibility among young people and a generalized lack of awareness.

“People believe they have coverage elsewhere. But they don’t know their plan maximum amount of coverage, what are the limits and exclusions and for how many days they are covered. You have to validate the benefits you have in your group plan by calling your insurer or those of your credit card online or with the call centre,” Turnbull explains. She compares shopping for life insurance to buying snow tires. “It’s not exciting but it helps when you hit black ice!”

Advisors are not the only players in the game. The online distribution network is growing quickly. The Conference Board survey finds that one out of four travelers bought travel insurance via the Internet in 2012, compared with only 5% in 2005. The survey also finds that 40% of travelers who brought their cell phone on a cross-border trip in 2013 feel at ease using it to buy travel insurance.

The Internet is not an obstacle for advisors. It can even help them, says Mimi Martin, owner of the distribution firm MRM Special Risks. “Our brokers make 90% of their sales online. They all have their own portals. Our travel insurance sales are flourishing thanks to the Internet.” MRM distributes its own products for travellers, ex-patriots, visitors to Canada and foreign students. The risk is underwritten by AIG and Manulife Financial. Its network is made up of 400 active advisors across Canada.

Young people are powering this growth, Martin adds. “People ages 30 to 45 are becoming aware of the risk because of the many TV campaigns. They know that Medicare cards don’t cover much, and this segment mainly buys travel insurance on the Internet.”

Robin Ingle, CEO of the travel insurance managing general agency Ingle International and of assistance provider Novus Health, agrees that the youth market is vigorous. Canadian students abroad are a strong driver, he says. “Many schools make sure their students are insured when they go studying out of Canada, even cross-border students,” he points out.

This makes getting professional advice even more important, he says. “In the youth market, people often don’t look at what they are buying. As an example, they won’t have coverage for sports, adventures...or [activities] like bungee. Not all plans are the same,” he points out.

The Snowbird market is also very promising for the advisor network. The population of Snowbirds has grown annually by about 5% since 2000, says the Conference Board, which estimates that 1.2 million Canadians qualify as Snowbirds in 2013.

Snowbirds who are younger and more active have forced travel insurance underwriters to review and even ease their rules, especially for diseases or pre-existing medical conditions. A good thing, the industry argues, because it is often these “pre-ex” that deter Snowbirds from buying insurance. They worry about being turned down or facing exorbitant premiums.

“Everybody was learning and adapting, the underwriting and questionnaires stabilized over the last three years,” explains Rob lafrate, AVP, Travel Insurance, Affinity Markets at Manulife Financial. “There are still some conditions that we won’t take, like terminal illnesses. But if we get enough information to feel comfortable and get an appropriate correlation between what the risk is and what the premium is to cover that risk, [we’ll take it].”

lafrate explains that a combination of pre-existing conditions is more likely to lead to a refusal than a single condition. “Our main tool is sort of a rating system where an individual grabs a score. We have a scoring threshold we’re comfortable with. If the score is above a certain value, we would decline the risk.” Manulife then multiplies the base premium by this score. “If the person is four times as risky as a regular traveler, the premium will be four times higher,” he says.

Desjardins Insurance has tweaked its products based on experience. A plus for Snowbirds: the period of stability of a condition has been shortened. “Snowbirds are no longer sedentary, when they would go to Florida for their whole retirement. Now they retire younger and visit different overseas destinations. We are trying to accommodate this segment more because they are in better health,” says François Morel of Desjardins.

In short, the length of the period before departure for which the insurer requires that a pre-existing condition be stable has shrunk from six to three months for those under 55 and from twelve to six months for travellers ages 55 and up. Desjardins now offers a range of premiums that match Snowbirds’ health profile more closely, Morel explains.

Travel insurance requires medical questionnaires. There is always a risk that a client will forget to mention a medical condition or misinterpret a question.

“Travel insurance is underwritten at the point of sale with a medical questionnaire also asking for age and length of the trip, among other things…It’s important to make sure the clients understand the questions and encourage them to call their insurer for advice or go to see their doctor before leaving,” Martha Turnbull of RBC explains.

This is why getting advice is crucial, says Patrick Lavoie, marketing vice-president at the travel insurance company Securiglobe. The firm offers a referral service to help advisors for whom travel insurance is not their main niche. Business is booming. “Yesterday our phones were ringing off the hook because Snowbird season is peaking,” he said in an interview done in mid-August. “Financial advisors and property and casualty insurance brokers refer their clients to us so they can speak to an expert. Our partners tell us that this helps them land new clients.”

Getting quality advice is a major challenge. “We make an effort to find a company that will cover their client’s pre-existing condition. We know various combination scenarios and how stable conditions are.”