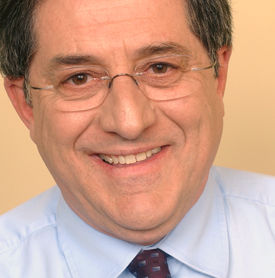 The snowbird clientele is reaching new heights. In 2011, it should pass the one million mark. Today, snowbirds are fuelling travel insurance sales. Michel Courtemanche, director, sales and development, Ontario, Québec, and Atlantic Region at Blue Cross, confirmed this trend in an interview with The Insurance and Investment Journal. “The number of snowbirds dipped by 2% from 2008 to 2009 because of the financial crisis. It then surged by 14% from 2009 to 2010,” he says.

The snowbird population has boomed in the last 10 years. “This clientele grew by 8.5% from 2000 to 2010. Their travel soared by 126% over the same period,” Mr. Courtemanche continues, citing figures from the Conference Board of Canada. By comparison, travel in general climbed by 61% from 2000 to 2010.”

The proliferation of snowbirds is driven by several factors. First, the strong Canadian dollar is making travel more affordable. Also, the over 55 age group is a growing cohort. Retiring baby boomers are swelling the ranks of snowbirds, says Mimi Martin, president of MRM Special Risk. These clients can also afford to travel.

Snowbirds tend to flock to the same destinations. Florida tops the list, but many migrate to Mexico, Arizona and Texas. Some rove to Spain, Portugal, Cuba and Costa Rica. Snowbirds often return to the same vacation spot, but their vacations are getting shorter. Stays of 31 to 60 days are becoming the norm, Mr. Courtemanche points out.

As for coverage, snowbirds opt for medical insurance, trip cancellation insurance and extras.

“Some want to cover the transport of their pet, if they (the snowbird client) need medical evacuation. Others want a medical concierge service that will put them in touch with a doctor in 20 minutes. The doctor could be there within the hour,” says Pierre Saddik, vice-president, travel insurance, Optimum Reassurance. These services are available in basic coverage or riders. Medical concierge service is another cost control factor, Mr. Saddik adds.

Sarah Haddon, communications specialist at etfs, notes that it is not necessarily new products that interest Snowbirds, but rather the value offered by their coverage and the plans and options available. “This is a group that is also interested in thoroughly understanding the coverage offered by their insurance to be sure that they have the best protection possible for the premium paid,” she said.

Coverage is important, but the premium is the clincher. Most snowbirds seek the lowest premium for maximum service, Mr. Courtemanche says.

Joanne Parent, business development director, Quebec and Atlantic, at TIC Travel Insurance agrees. She adds that the quality of coverage is still important whatever the price.

Ms. Parent adds, “Everyone hikes their prices by about the same amount. You can’t raise it too high because there’s a lot of competition. The product can’t be too expensive. Premiums may continue to rise because the economy is not doing better. Environmental events like tornadoes are not helping the economic situation,” she says.

Others also confirm that premiums are trending upward. “All the programs are increasing this year,” Ms. Martin says.
Patrick Lavoie, vice-president, marketing at Securiglobe, projects the rise at between 5% and 8%, due to the large number of claims.

“Snowbirds’ claim rate is higher because they are people of a certain age and they take long trips. The longer the stay, the older the people, the higher the claim risk,” Mr. Courtemanche explains. Mr. Saddik mentions that the probability of claims among snowbirds is 5% to 10%, versus under 1% for a young person.

Premiums are propelled by higher costs of drugs and of medical care in the United States. Most specialists interviewed agree that international patients are being slapped with outsized bills when they are treated in American hospitals.

“Hospitals look how they can make more money and they think that Canadians are good targets. They pay 3 times what the price should be,” Robin Ingle, CEO of Robin Ingle International, says.

Mr. Lavoie, of Securiglobe, estimates medical inflation at 8%. The premiums are increasing, but the competition acts as a damper, Ms. Parent explains.

As for accidents or illnesses in Europe, medical evacuation or repatriation can cost close to $150,000, Ms. Langlois points out.

The American real estate crisis may have an unforeseen impact on the travel insurance market, Ms. Martin says.

Plunging real estate prices in the United States may prompt some Canadians to buy a vacation home across the border. These owners may represent a new clientele for travel insurance distributors, she adds.