Sleep quality is a significant concern for employers 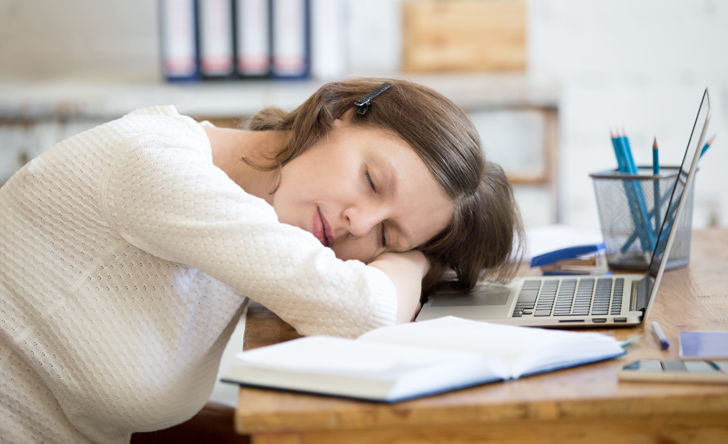 For Desjardins Insurance, Canadian employers have every reason to be concerned about the quality of their employees’ sleep.

At the Insurance and Investment Convention, held in November, Nicolas Forestier, who is involved in overseeing the group plan for 55,000 current and retired Desjardins Group members, spoke on the subject. He said there are three main reasons why an employer should care about sleep quality: health and safety at work, productivity and group insurance plan costs.Poor sleep affects cognitive abilities in a major way and degrades concentration by 20 to 50 per cent. Insomnia represents one quarter of all costs related to accidents in the workplace, he says.

The loss in productivity associated with insomnia is putting a heavy burden on employers. People come to work even though they have slept badly, but their work is of a lower quality. This decrease in productivity associated with presenteeism represents nearly 28 days of work per year for a bad sleeper, 25 days more than for a person who sleeps well.

“That’s not nothing. It’s five weeks, 25 lost working days per insomniac employee,” he says. The costs are estimated at $5,000 per year for each employee with a sleep disorder.For sleep apnea, which affects 2 to 10 per cent of workers depending on the study, it can sometimes take up to eight years to consult a professional. For a company of 100 employees, if two of them have to wait eight years before having access to treatment, the bill related to this single sleep disorder would reach $80,000, he says.

Mental health issues account for the largest portion of all disability benefits paid through group insurance, he adds. Addressing sleep disorders may be the key to addressing the health problems of many Canadians, says Forestier, pointing to conditions such as hypertension, diabetes, depression or cardiovascular disorders which could be linked.

Some 40 per cent of people, or five million Canadians active in the labor market, report having sleep problems. He says the situation is all the more worrying when you take into account that 87 per cent of the people concerned say they do not consult a doctor about their problem.

To reduce the sleep disorder related health care costs in its own group plan, Desjardins has been working with a new company for one year. A pilot project was conducted with 1,800 Desjardins Group employees between December 2016 and May 2017. The initial results of the program, which is focused on Cognitive Behavioral Therapy (CBT), are promising.

Bradley Smith, president and founder of HALEO, who led the pilot project at Desjardins and whose business model is based on the application of this therapy, revealed the results at the Convention. During the pilot project at Desjardins, sleep disorders were detected in 35 per cent of the 1800 participants screened. Of this group, 83 per cent agreed to be supported by HALEO’s program. Of the people who completed the treatment, almost nine out of ten say they have improved their sleep.

The impact on productivity and reduction of presenteeism has not been measured. However, Smith says that screening for sleep disorders will certainly help to reduce mental health problems. “People who have been detected (as having a sleep disorder) are four times more likely to have moderate to severe symptoms of psychological distress than those who sleep well,” he says.

Desjardins participated in simplifying and marketing the company’s services, says Smith, notably by including the service offering in group insurance plans. A platform was developed that allows employers to obtain general information on the links between sleep disorders and psychological distress, he says. The company also tries to educate employees about the physiological and environmental factors that influence the quality of sleep.

Behaviour modification methods and relaxation techniques are also suggested. The cognitive part of therapy is important, says Smith. Many people tend to dramatize the effect of a bad night’s sleep and they come to work with a negative attitude, he explains.

It is estimated that the treatment provides the equivalent of $4,212 per year in productivity gains for each employee treated. In a company with 1,000 employees, the program pays for itself as soon as five employees have been treated.

Therapy does not work for everyone at first, Smith acknowledges. “Even if you manage to treat only 2 per cent of employees, over a period of five to six weeks, the return on investment is virtually instantaneous. And by keeping the program in place for others, we are able to educate all personnel about this problem,” he says.

The therapist’s support makes the difference, he underlines. “There is nothing revolutionary about treatment. That’s the key to motivating the employee,” says Bradley Smith.

Once the therapy has been completed, the program can be followed over the longer term if the participant wishes. At regular intervals, the employee will be contacted by the platform to complete a short questionnaire. The goal is to make sure that the improvement obtained during the treatment persists in the long term. If needed, another therapy session will be offered to support employees experiencing a “relapse”, says Smith.

The main challenge associated with cognitive-behavioral therapy is the limited number of therapists who have received training in this area, he says. “At HALEO, we hired two Canadian experts in this field and the emphasis is on training, to increase the accessibility of therapy to the greatest number of people. Providing it via videoconference makes things easier,” he says.