Presenteeism: a time bomb during a pandemic 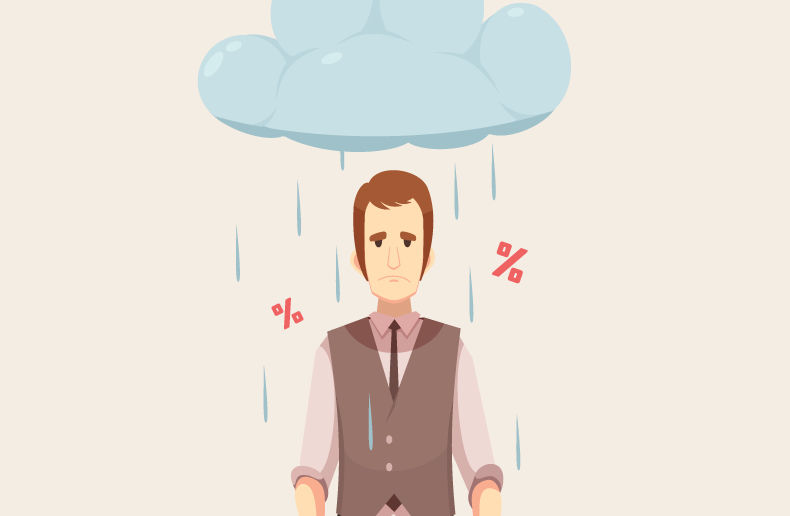 The COVID-19 pandemic may accentuate presenteeism in the workplace, two occupational health and wellness researchers said at webinars organized by The Healthy Enterprises Group, which the Insurance Portal attended.

What is presenteeism? It is when employees show up at work even though they feel sick, or ignore symptoms that should prompt them to stay home, rest and recover.

Although absenteeism is often the focus of organizations, which try to minimize or prevent it, presenteeism could ultimately prove to be more serious, says Caroline Biron, professor in the Faculty of Business Administration at Université Laval.

Presenteeism is two to three times more expensive than absenteeism, which is estimated to cost businesses $20 billion per year in 2012, the researcher said during the webinar. Presenteeism acts like a time bomb, she adds. "Someone who is sick and working today will likely be off work longer than if they had stayed home and rested.”

The pandemic and the stress of lockdown has led eight out of ten people to engage in presenteeism in the past year, says Sandra Salvoni, consultant, researcher and coach in organizational health and well-being.

Presenteeism is not caused by lack of motivation, disengagement or laziness, Caroline Biron says. The employees in question are often well-meaning. "For example, you love your employer, you get along well with your colleagues, your illness is considered benign, or the employer offers the option of flexible arrangements or less demanding work when you are sick. These are the positive factors behind presenteeism," she explains.

Yet job pressure factors can also trigger feelings of guilt about missing a day's work, especially for people who are self-employed, work in a small business or have difficulty setting limits, Biron adds. The fear of being swamped with work when you return from leave, of being resented by other people at the office, not feeling recognized, or not wanting to be replaced are other pressure factors that lead people to engage in presenteeism, she points out.

People who work more than 50 hours a week are at higher risk of presenteeism, says Sandra Salvoni. The main reasons for this are workload, pressure to go to work and performance anxiety. Employers that enforce regular attendance can sometimes induce negative outcomes, she adds.

Self-employed workers contend with more than one type of heavy load. In addition to their workload they face emotional, mental and financial burdens of keeping their careers afloat.

In most cases of presenteeism, people avoid talking about their symptoms. Nearly 60% of people will not seek help despite their distress, for fear of being stigmatized. "Most people think their symptoms are not severe enough to seek help. That's the problem. The longer the wait, the greater the risk of burnout," says Salvoni.

For the good of the company, the boss must act as a benevolent leader. He or she must show real concern about what the employees are going through, and treat each worker as an individual.

Kind words may be brief, but they resonate forever, says Sandra Salvoni, who also serves as vice-president of research and development in organizational health and well-being at Inpowr.

The importance of psychosocial factors

Psychosocial factors often exert the most influence on absenteeism or presenteeism. For example, a heavy workload can be particularly daunting for employees when combined with a lack of autonomy, weak social support, or a poor fit between efforts made and recognition obtained from the employer or immediate supervisor, either in terms of salary, esteem or respect. They can then feel overwhelmed by events more easily, which may lead to presenteeism or absenteeism, Salvoni explains.

The consequences are similar when communication from management falls short. "Trust and communication in a company are crucial. Especially the quality of the communication," she adds.

Currently, 54% of employees have thought about quitting their jobs. In 43% of cases, employees think their employers have not taken any steps to promote their well-being.

The signs of psychological distress are gradual. The employer must therefore act quickly in order to address the situation and minimize the impact, intensity and duration of the symptoms. A change in a person's behaviour or normal habits should be a red flag for the immediate superior.

Negative attitude, inability to smile, difficulty concentrating, isolation, tired look, passivity, calls for help and absence are some of the warning signs. If the signs persist for more than two weeks, action must be taken, Sandra Salvoni says. "In fact, inability to concentrate is the first sign to appear and is the last to dissipate,” she adds.

When work is a refuge for the employee but that individual is not productive or performing poorly, presenteeism is described as therapeutic. This type of presenteeism is particularly common when there is a gradual return to work.

Dysfunctional presenteeism is when the employee's health and performance are both poor. This person should be advised to take time off work, Salvoni says. "In both cases, health is not optimal."

Excessive presenteeism means that employees are performing well at work, to the detriment of their health. This form of presenteeism sometimes compensates for shortcomings in the employee's personal life or is a sign of workaholism.