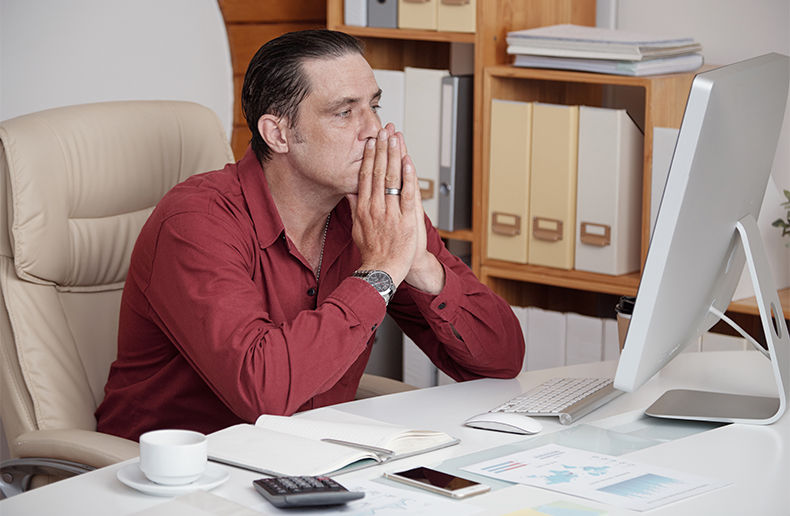 COVID-19 has rapidly increased the number of Canadians suffering from mental health distress, but while it has enabled some people to come out to others about their issues, most Canadian workplaces are still in crisis mode, a Medavie Blue Cross webinar has been told.

“We are in a crisis right now,” said Martin Binette, Deputy Executive Director, Chief Operating Officer of Relief, an organization dedicated to supporting people to better mental health. “Some 52 per cent of Canadians in the workplace are suffering from a high level of stress, a high level of depression symptoms,” said Binette.

During the webinar, Binette, who has openly said he suffers from mental health issues, said the main reason why people won’t seek available help is because of stigma.

The good news, though, is that a number of public sports figures have stepped forward with their own stories of mental health distress, enabling many others to open up about their situations and seek help, he said.

“The bad news is that if I compare society in the workplace, it’s lagging. If we look at stigmas around the workplace it’s still the major barrier why people won’t seek help. They don’t want to lose their jobs, they don’t want to be judged by their peers,” said Binette. “And I can relate to that because I had my first depression in 1994, numerous panic attacks and bouts with depression but it took me 20 years to talk openly because I didn’t want to be judged.”

He added that more than half of employees who were asked whether they would talk to their employer about a mental health issue said they would not do so, indicating that there is still a huge stigma involved with mental health distress.

The first part of the study included 90 Canadian workplaces and their employees, and ran from April 10, 2019, to April 8, 2021. Research findings include:

The study’s preliminary results indicate issues caused by psychological distress and burnout can be prevented via different targeted interventions. However, these are complex issues requiring further investigation from different angles: the workplace, people’s experiences outside work, their health, life experience and personality traits.

With employees eventually returning to an office environment, in many instances, employers will need to carefully think about how to best support themselves in the wake of the pandemic's impact on their health and wellness.

Rebecca Smith, Director, Case Management Services at Medavie Blue Cross, said employees have to feel safe and be open about their needs. But Smith said it takes a lot of effort to create that kind of culture especially if there is a lack of access to mental health practitioners.

Medavie has seen an increase in the duration of its disability claims, she said. “We have a comprehensive set of programs and supports for employees struggling with mental health issues like anxiety and depression. We want to get them timely care and build psychologically healthy workplaces.”

Medavie offers internet-based cognitive behaviour therapy and personalized treatment as well as pharmacogenetic drug testing to find the safest and most therapeutic drug doses based on the patient’s genetic profile.