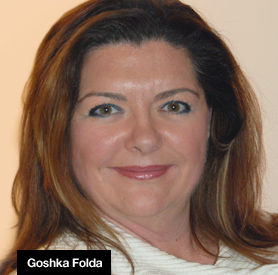 Sales of long-term care insurance continue to stagnate, and recent events have not helped things. RBC Insurance has withdrawn its product from the market and interest rates have forced other suppliers to raise their prices. A few crusaders continue to believe in the product, but they describe it as a marginal market.

Director of living benefits at Groupe Cloutier, Claudine Cloutier, points out that Manulife Financial and Blue Cross raised the price of their long term care (LTC) insurance for new customers in 2012. Among the other suppliers she uses, Sun Life Financial and La Capitale have not yet done so (at least not at the time this magazine went to print). Another player in this market, Desjardins Financial Security (DFS) also increased the price of its long-term care insurance by about 20% in 2012.

Ms. Cloutier regrets the withdrawal of RBC Insurance. It was a product that she loved working with. “The products that remain provide more flexible benefits, but that flexibility comes at a price,” says Ms. Cloutier. “They also make a distinction between men and women in their pricing, which also has an effect on the premium.” The RBC product still remains available for conversions from disability or critical illness coverage, she notes.

All this, however, did nothing to help sales in this market. Nathalie Tremblay, living benefits product manager at DFS, shares some figures that say a great deal about sales of the product. The industry had insured 77,000 people with long-term care by the end of 2011, with in-force premiums of $10.2 million. According to her calculations, the industry sold $400,000 of new long-term care insurance premiums in 2011, which is less than in 2010. In comparison, data collected by the LIMRA shows that the insurers sold $1.1 billion of new individual life insurance premiums and nearly 545,000 individual life policies in Canada in 2011.

“We cannot say that the market for long-term care insurance is declining because we basically didn’t sell it. It’s disappointing,” comments Ms. Tremblay. What does she think about the national studies that suggest the public sector take charge of the problem? And the self-insurance scheme announced by Quebec’s Minister of Health? She does not hesitate in saying that she hopes that the public sector will offer some basic level of long-term care insurance, “to make Canadians aware of the need to go and obtain additional protection.”

While waiting for this government contribution, the private sector is faced with breaking through the wall of inertia on its own. “Long term care insurance has never been a big market,” says Ms. Cloutier. One of the obstacles has been the fact it is very difficult to obtain long-term care coverage. “In the beginning, we regularly saw 7 out of 10 applications declined. We later learned to refine our pre-selection. For example, we now ask for the insurer’s opinion before pursuing a questionable case.”

The uncertainty can be subtle, explains Ms. Cloutier. In fact, minor health problems are more likely to derail applications than major problems. “The selection of long-term care differs completely from that of life insurance and even critical illness and disability,” she explains. “If you have had a heart attack or cancer, you may still be insurable for long-term care, but you will be refused for critical illness. If you are an asthmatic smoker, you will be automatically declined for long-term care. In other products, you would end up paying an additional premium for this condition.”

A number of factors need to be taken into consideration when buying this kind of product. La Capitale outlines several of them in an instruction manual which is about 60 pages long.
For example, a prospect who has undergone treatment must have experienced a period of complete recovery, during which the dosage or frequency of medications remained stable. The prospect’s cognitive state also plays a role: a state of depression or memory loss represents an unacceptable risk. Other unacceptable risks include alcohol abuse, current or planned hospitalization, as well as several pre-existing diseases or symptoms.

Target market: ages 55 and over

The price of the product, considered to be high, may also put the brakes on a sale. According to Nancy Elkas, director of living benefits at Financial Horizons Group (Quebec Division), price kills long-term care sales because the product is introduced to the client too late in life. “This product will be too expensive if it is presented to a prospect who is 70 years old, for example,” she says.

In the industry, the ideal demographic is considered to start around age 55, says Nathalie Tremblay. “At that age, I think a client is better served by a long-term care policy than by a critical illness policy,” adds Ms. Tremblay. She compares her permanent critical illness product (T100) with a face value of $100,000 to her company’s LTC policy (Independent Living) with a monthly benefit of $2000.

“It would cost a 55-year-old male non-smoker $3,600 a year to purchase a T100 critical illness policy with a $100,000 face value, without return of premiums. It would cost the same man $1,170 a year for a long-term care policy with a $2,000 monthly benefit, payable for life after a 90-day waiting period, notes Ms. Tremblay. “After a little more than four years of benefits, if he’s still lacking autonomy, the insured will continue to receive his payments, thereby exceeding the $100,000 he would have received in the event of a critical illness,” she explains.

Ms. Tremblay notes that long-term care policies start to gain the upper hand around age 50. “It is also easier for a client aged 50 to 55 to obtain the product than someone aged 60 to 65,” she says.

Ms. Elkas builds on this thesis with specific products for a man of the same age as in the example above. Sun Life’s product with a weekly benefit of $500 for a five year period costs $1030 a year. “I can also lower the home care benefit to $250 and obtain the same policy for $700 per year,” notes Ms. Elkas.

With Quebec/Ontario Blue Cross (Canassurance), she finds that a policy with a $2000 monthly home and institutional care benefit costs $1162 a year. She also points out that it is possible for couples to obtain discounts of up to 20% at Blue Cross. By “playing with the benefit” ($2000 institutional care and $1000 home care), it is possible to obtain the same policy for $800 annually.

With a 3% indexation rider (which continues during the claim period), the annual cost for this policy increases to $1,300. Adding refund of premiums, which Ms. Elkas says is a useful option if the payor is not the insurer party, will bring the annual cost of the Blue Cross policy to $1,900.

Another error that can prevent a sale is offering a client a long-term care benefit that is too high. “We see too many illustrations with monthly benefits of $3,000. Sure, $3,000 is closer to the actual cost of care. But one should see long term care as a policy that allows you to transfer a portion of the risk to the insurer. Not all the risk,” she says.

She suggests that one of the ways to reduce the price is to offer one of the hybrid products that automatically become long-term care coverage at age 65, or one of the policies that allow for conversion. “For example, RBC withdrew its [stand-alone LTC] product, but it remains available as a conversion option on critical illness and disability coverage,” notes Ms. Elkas.

As a newcomer to long-term care insurance, Jason Heath noticed that there was a low level of awareness about the product in his own clientele. Director of Objective Financial Partners, a firm based in Toronto, he is a fee-based financial planner: he does not sell financial products, only advice.

The aging population and increased longevity have led to greater interest in the product, one that he says he has come to understand better. He wrote a column entitled “Long Term Care Takes Planning,” published in The National Post on Oct. 17.

He cites an article from McMaster University that estimates the annual costs faced by a couple who both require institutional care. They would pay the lowest rates in Quebec, namely $21,098, while they would face the highest in Prince Edward Island with fees of $47,450. Ontario’s fees rank below average at $28,541 a year. The article also underlines the fact that Canadians have failed to consider the risk of losing their autonomy in their financial plans.

Mr. Heath was able to draw on his own clients’ experiences when writing the article. “Over the last 10 or 12 years, I don’t think I’ve seen any LTC products across my 500 client base,” he said in an interview with The Insurance and Investment Journal. “I heard of one 70 year-old wealthy client having been approached for an RBC Insurance LTC product, but he had enough money to insure himself.”

However, not all of his clients are as wealthy as that. In addition to a core group of well-off clients, Mr Heath says he also has clients who are students with significant debts but promising futures, as well as people of modest means. “Average Canadians would benefit the most from the product,” comments Mr. Heath.

Sources contacted for this article are unanimous in their opinion: people are not planning for a potential loss of autonomy, do not picture themselves being ill during retirement, and they want to enjoy their money rather than tying it up with insurance premiums. “People rarely even talk about this fear,” says Mr. Heath.

The problem posed by loss of autonomy, however, is a very real one. A survey conducted by Leger Marketing on behalf of The Canadian Life and Health Insurance Association (CLHIA) reveals that 74% of Canadians recognize they have no financial plan for dealing with the long-term care they might need.

In its consumer guide to long-term care insurance, CLHIA adds that many Canadians mistakenly believe services obtained in a long-term care facility are completely covered. What’s more, the CLHIA points out that increased longevity comes with some challenges. “According to recent research, many Canadians are adopting lifestyles that may allow them to celebrate their 100th birthdays,” reads the report. “By the year 2036, it’s expected that 25 per cent of the population will be over 65 with almost 1 million Canadians afflicted with dementia.”

CLHIA has also calculated the cost of in-home care. According to the association, hourly rates vary between $12 and $90 per hour for domestic help with tasks such as preparing meals, or for personal and nursing care. In Ontario, the rate can range from $13 to $70 and in Quebec from $3 to $85.

“Canadians need to recognize that they are responsible for covering the costs of much of their long-term care needs and it is important to be aware of their options”, said Wendy Hope, CLHIA’s vice president of external relations.
Stephen Frank, CLHIA’s vice president of policy development and health, suggests that governments have an important role to play in helping the population in this area. In his opinion, aging baby boomers will put so much pressure on the system that the public and private sectors will need to work together to find solutions.

Advice for transitioning to a fee-based practice
GROUPE CLOUTIER