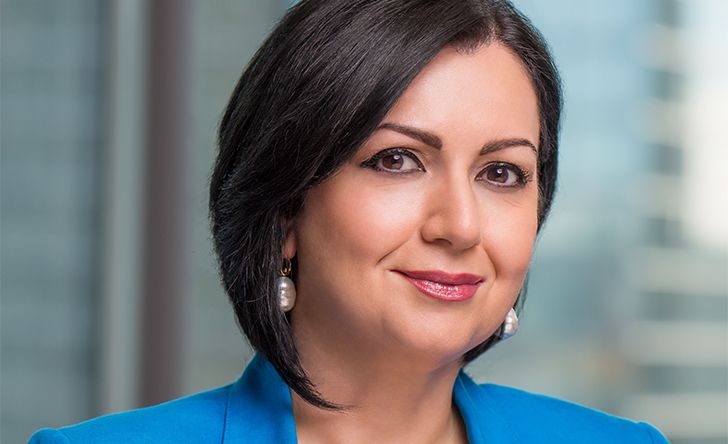 So how does a Toronto-based financial advisor get to be in a book along with the likes of Mary Barra, Oprah Winfrey and Melinda Gates?

“It is amazing and I’m very honoured to be included especially since my contribution to the book comes between [philanthropist] Melinda Gates and [General Motors CEO] Mary Barra, who are both icons in their respective areas,” says Tina Tehranchian, a top financial advisor and branch manager with Assante Capital Management. “They’ve all followed their passion with dedication and discipline and they’ve been persistent in achieving the kind of success that they have in their careers.”

The book, America’s Leading Ladies: Stories of Courage, Challenge and Triumph, is a coup for any woman, but what appealed to Tehranchian when she was first called by editor Pat Sampson was that its goal was to show a variety of ways North American women have contributed to society and who have a meaningful life.

In the financial services industry, success is often equated solely with production and sales numbers, or about being a high-powered CEO in the business world, she says. But to Tehranchian, being a success also means having an impact on society and the people around them.

As it turned out, Sampson was looking for a Canadian woman to round out the North American perspective. And the fact that Tehranchian is originally from Iran, gave the book an international viewpoint.

Tehranchian’s credo? Follow your passion, be compassionate and care about your community. Her list of accomplishments is long and inspiring, and includes areas such as business, art, health and education.

“My whole life has been built around my passion about giving back to my community,” she says. “Always be the best you can be: compete with yourself.  I’m not interested in competing with anybody else. Put your best effort in, whatever you’re doing, even if it’s shining shoes.

“When it comes to leadership, it’s important to lead by example – your team follows your lead whether it’s those who work for you or a volunteer committee or when you’re doing fundraising – regardless, you have to walk the talk.”

In addition to all her charitable work, Tehranchian has been a financial advisor for 20 years at Assante, one of the top 25 advisors and part of the Chairman’s Council Elite, which she sadly notes only includes four women.

She is now working on a new project with the Princess Margaret Cancer Foundation, where she has volunteered for many years to head various projects. This time, she’s planning a campaign that will feature high-profile cancer survivors who will be modelling clothes in a high-end fashion show.

The e-book is out now and the hardcover version should be out in a few weeks, she said. There’s already talk of an official book launch in March in Miami for International Women’s Month.

With all of Tehranchian’s work as an advisor as well as her outside activities, it’s difficult to figure out where she has time to do everything on her list.

“If you love things, you make time,” she says. “Once you’ve been through bringing up a child and managing all those balls in the air, I think everything else is a breeze.”