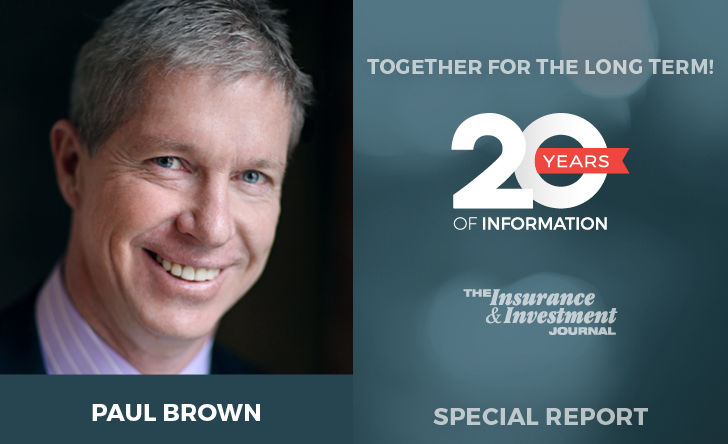 Through his role as the chairman and CEO of IDC Worldsource Insurance Network, Paul Brown has overseen one of Canada’s largest MGAs through the recent period of consolidation, increased regulation and major advances in technology. Brown says IDC WIN sees a great opportunity to take advantage of the available technology in the industry.

“We want to focus on the opportunities for technology, data, analytics and being able to help our advisors maximize the potential within their businesses,” he says.

As a company, Brown says when you have hundreds of thousands of policies under contracts with IDC WIN and their advisors, there is plenty of opportunity to embrace current technology to help maximize advisor books to make them even more valuable.

Going forward, Brown expects to see further consolidation in the insurance industry, which could even cause new players to enter, such as wealth management companies.

“We see potential for players maybe more in the wealth management space, to take a more active role in the insurance space, because as insurance moves to being transacted in a wealth management way, that will create an opportunity for them,”  he says.

Traditionally, MGAs were owner-operator type businesses, such as mum and pop operations. Brown predicts going forward this will probably change to corporate-operated. “You’re seeing it become much more corporate, and being run by the suits. I think you’ll continue to see that escalate.”

Brown says despite all the challenges happening in the industry, MGAs and advisors still have great access to insurance products, which gives the sector a competitive advantage over other players.

With regulation being a hot topic for conversation in the industry; Brown says there will obviously be further regulatory changes and not less. “I don’t think it will be as drastic as some people think, but we as an industry have to be on the leading edge of that.”

He says if the industry waits to be regulated than it is in trouble. “If we’re at the table, we can help shape the future of the environment, which is in our best interests.”

He adds that it’s important for the industry to be proactive and have a say. Brown, past president of the Canadian Association of Independent Life Brokerage Agencies (CAILBA), recommends that industry members join an organization that will represent their interests.