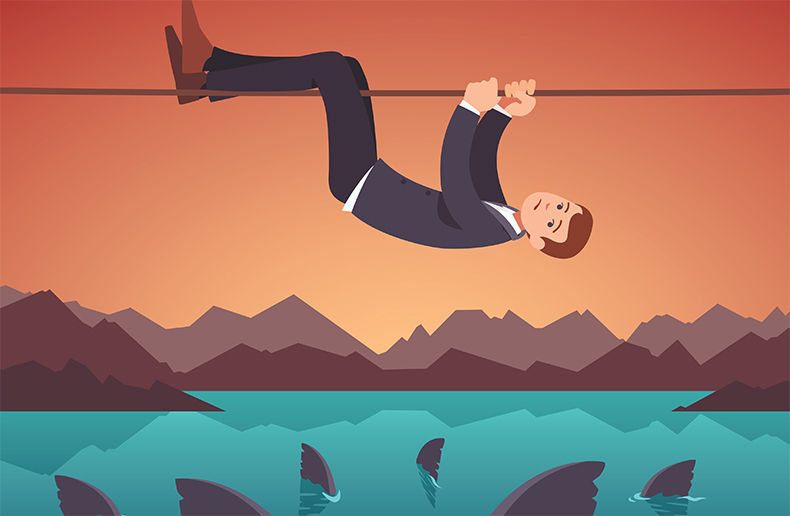 Even before COVID-19 shut down businesses and wreaked havoc with people’s lives and pay, nearly four in 10 households in the United States lacked financial resilience, making them vulnerable to financial hardships like the pandemic, according to a report from the FINRA Investor Education Foundation.

Researchers use a number of factors to financial resilience

In the study, called Bouncing Back? The Financial Resilience Of Americans, researchers from the FINRA Foundation and Fairleigh Dickinson University used a number of factors to determine financial resilience, including level of financial literacy, income volatility, debt, emergency savings, owning a retirement account, having health insurance and owning a home.

Among the key findings in the report:

The largest segment of those surveyed (37 per cent) are deemed “living on the edge.” These are the least financially resilient, with a majority of these households earning less than $50,000 a year. This segment also had the most diverse racial and ethnic makeup. Nearly half of respondents identified as a minority.

The next level is the “paycheque to paycheque group.” While they are considered more financially resilient than the first group, they nevertheless face high debt and have no emergency savings.

One third of respondents were categorized as “holding steady.” These individuals had surprisingly low levels of financial literacy, but tended to have stable incomes, emergency savings, low debt and health insurance.

About 15 per cent of respondents were the “standing strong” respondents and were most likely to rebound from economic hardships.