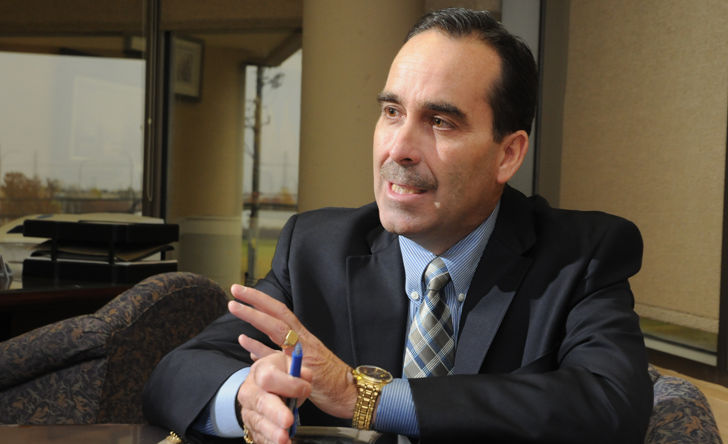 Accident and sickness insurance is not a staple of financial services, but Guy Sauvé, managing director of Canadian Operations at Combined Insurance, plans to boost this product heavily by setting ambitious objectives.

Combined Insurance will be celebrating its hundredth anniversary in two years. W. Clement Stone founded the company in the U.S. in 1919 with an outlay of only $100, which he had borrowed. The insurer entered Canada in 1956. Combined was acquired by ACE in 2008. ACE then bought Chubb in 2016 and adopted the Chubb brand, so Combined Insurance is now a Chubb company.

Interviewed by The Insurance and Investment Journal, Sauvé says that the strength of Combined lies in its accident and short-term sickness insurance products. This niche is underdeveloped in Canada, but is thriving in the US. Combined also offers hospitalization insurance, which Sauvé describes as easy to understand. It pays claimants starting from the first day of their hospital stay.

Combined was the first insurer to offer a cancer policy in Canada, Sauvé adds, a product that has spawned imitators. The insurer is also active in the living benefits segment, mainly in critical illness insurance.

When Sauvé took the helm of Combined in 2010, he was tasked with revitalizing this segment. His efforts paid off: Combined tripled its sales in Canada since 2012. Sauvé did not disclose precise figures.

Sauvé says he is aiming for double-digit growth in 2017. Within five years, he hopes to see total premiums soar by 70%, or even double.

The key to this growth is an aggressive plan to increase distribution, Sauvé says. At its lowest point, the sales force of Combined comprised 580 representatives Canada-wide. Sauvé says the company now has about 1,600 representatives. In the next three years, he would like to swell the ranks to 3,000.

To prepare for this foray, Combined is looking to recruit between 150 and 200 segregated fund and investment specialists by late 2017 across the country. He hopes to lure them away from the insurer’s competitors. He confirms that he has found 15 so far.

To motivate them, Combined is banking on one of its strengths: giving its representatives leads. “We will provide access to our 400,000 customers to whom they can sell segregated funds. We see high potential here. Actually, we’re not looking for top guns, but rather people with potential,” Sauvé explains.

To recruit people with potential, Combined is welcoming life insurance brokers. Segregated funds salespeople should be advisors with a strong selling instinct, Sauvé says, with annual income of between $30,000 and $50,000, but who lack the clientele to grow their business. “We can easily give each of them access to 1,000 of our customers,” Sauvé underlines.

Combined will also soon launch two new products that will be available to independent advisors. The first is a 10-year term policy (T10) that can cover an insured until age 85, for coverage of up to $1 million. To stand out, Combined is highlighting the simplicity of the product, called Platinum, coupled with competitive pricing. Sauvé claims that this product will be one of the cheapest on the market.

Combined is also introducing disability insurance, called Income Guard, that will cover two types of claims, for income or credit. This means that a Combined customer may receive up to $5,000 per month for a maximum period of five years in case of illness or injury that prevents them from working.

“This is the only contract that offers all of these benefits,” Sauvé says. “We will open it up to brokerage and negotiate agreements with large firms to distribute it.”

Accident and sickness coverage may be added for eligible customers. Insured can also choose the qualifying period: 7, 14, 30, 60, 90, 120 or 180 days. There are also several options for the compensation period: 1 year, 2 years or 5 years.

“We are trying to create different things. For example, our short-term product pays insured starting from day 1 of the claim, for a premium that starts from $12 per month. It’s our strength and we will stick to it. In the United States, we have a product called Sick & Pay. The principle is very simple: you get sick, you get paid. Simply present a doctor’s note. It’s something I want to bring to Canada. Quite often, people have no coverage for a short disability. But they still need it,” Sauvé says.

He adds that the industry needs more innovation. However, you have to remember that people have a limited capacity to pay. Combined’s products target the middle-class, Sauvé points out.

The company’s line of accident and sickness products will not be offered to brokers. “We don’t want them to come attack our core business,” he confirms.

Sauvé thinks expansion will suffice to let him achieve his objectives. He stresses that the name Combined is well known in smaller municipalities but it is little recognized in large urban centres.

Combined will be the last company to cut travel incentives, says Sauvé

He points out that the contest is not linked to sales of a particular product, but rather to all sales by a representative. “You can't win a trip in two days with us! It takes more than one or two large contracts to earn it,” Sauvé says.

In the fall, Combined offers one-week trip to qualified representatives. Another five-day vacation is awarded in the spring. “Yes, we do trips. And we'll be the last company to shelve them,” Sauvé confirms.