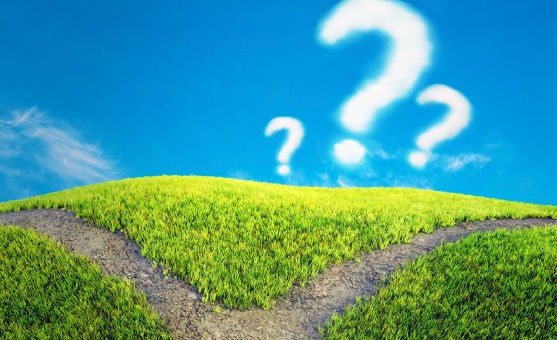 Late last year, the Auditor General (AG) of Ontario raised the possibility of creating a self-regulatory organisation (SRO) for the province’s life insurance advisors. Rather than expend its resources supervising thousands of agents and brokers, the AG wondered if it would make more sense for the Financial Services Commission of Ontario (FSCO) to delegate some of its responsibilities to another body or association. This question was considered in several submissions made this summer as part of the province’s review of FSCO’s mandate.

In her annual report tabled late last year, Ontario’s AG Bonnie Lysyk described FSCO’s supervision of life insurance agents as “weak” and expressed concerns about its ability to monitor the province’s life insurance industry. In particular, she noted that FSCO did not verify whether agents had valid errors and omissions (E&O) insurance, relying instead on E&O providers to notify it of cancelled policies, nor did it conduct thorough background checks at license renewal to see if the agent has been disciplined by other regulators, declared bankruptcy, or obtained a criminal record. Lysyk also pointed out that there had been significant delays in handling complaints, and that several cases involving fraud and forgery had taken years to resolve.

With more than 55,000 registrants and licensees in the insurance sector, the AG suggested that FSCO may simply be overwhelmed. “We felt that these large numbers could justify the industries assuming greater responsibility for overseeing their professions,” reads the report. “If responsibility for oversight of regulated financial sectors were to fall to associations that oversaw industries, FSCO could assume the role of overseeing those associations rather than overseeing individual companies.”

Lysyk’s concerns did not go unnoticed. Four months later, when the Ontario government announced that it had appointed an expert advisory panel to review FSCO’s mandate (as well as that of the Financial Services Tribunal and the Deposit Insurance Corporation of Ontario), one of the questions asked on the consultation document was whether all or part of the regulator’s functions might be better performed by a ministry, another agency, or entity.

The Insurance and Investment Journal obtained copies of the various submissions made to the expert panel. While some were in favour of establishing an SRO for life insurance advisors, the view is far from unanimous. Indeed, many of the parties who submitted comments as part of the review did not address the issue of an SRO for life advisors at all, but focussed on questions in different areas such as auto insurance, pension oversight, and credit union regulation.

The submission from the financial advisors’ association Advocis discussed the matter in the greatest detail, agreeing with the AG’s assessment and arguing that FSCO should hand over some of its activities to what it describes as a “delegated administrative authority” (DAA), which would be a professional organization dedicated exclusively to financial advisors. The DAA envisioned by Advocis would take a principles-based approach, although the registration of individual advisors would be a rules-based matter for the DAA to conduct and enforce.

“At a minimum, retail investors and other consumers of financial products in Ontario need assurance that they have the ongoing ability to access affordable, professional-grade financial planning and product advice,” reads the Advocis submission. “The best way to ensure this access is to establish the provision of financial advice as a professional occupation in Ontario. And the least intrusive or disruptive means to this end goal of professionalism is by way of the delegation of administrative authority to an organization to enforce professional standards and regulate the behaviour of financial advisors at all consumer touch points.”

The Independent Financial Brokers of Canada (IFB) sees things differently. IFB argues that an advisor association should not act as an SRO, since associations represent the interest of their members, while a regulatory body is supposed to remain impartial and protect the public interest.

“FSCO already shares some aspects of a SRO in its dealings with life insurance agents, in that it sets the licensure standards (both entry and ongoing), undertakes disciplinary action, and the majority of its costs are recovered from the insurance sector,” reads the IFB’s submission. In addition, since FSCO has already taken steps to address the deficiencies identified by the AG, IFB questions the need for sweeping changes.

What’s more, IFB wonders how any new SRO would cope with the fact that many life insurance advisors also hold a license to sell securities or mutual funds. “How this SRO would operate across these two sectors, and provide oversight for advisors licensed in multiple jurisdictions, would have to be fully explored,” warns IFB. “Whether creating a SRO is a possibility will require a thorough cost-benefit analysis, and evidence that this alternative will be of greater benefit to both consumers and the industry, than the current structure.”

IFB’s concerns about impartiality were echoed by an entity called the Alliance of Concerned Life Agents of Ontario (ACLAO), whose submission was without identifying information and included neither the names of its officers nor its business address. ACLAO does not believe that that FSCO should offload life licensing duties and responsibilities to any other third party, and argued that Advocis in particular should not be considered for the role; it claims the association would be unable to act disinterestedly.

“There is not a single association of Ontario life agents that would be qualified and respected enough to be charged with the responsibilities of an SRO,” reads the ACLAO submission.  “None have the resources, infrastructure, personnel, or experience to be appointed an industry SRO. Furthermore, none are free of a conflict of interest permitting them to act impartially.”

How do life insurers view the matter? While not explicitly recommending the creation of an SRO, the submission from the Canadian Life and Health Insurance Association (CLHIA) notes that the solution proposed by the AG has worked well in other areas.

“This sort of transfer has worked effectively in other jurisdictions e.g. the Insurance Councils in the western provinces, and RIBO in Ontario. If responsibilities are transferred to another entity, however, it is important that such a transfer involve the dedication of resources to ensure the entity has the capacity to carry out its responsibilities,” says the CLHIA.

In its comments to the panel, Sun Life Financial also refers to other jurisdictions as a possible source for a model. While the insurer believes FSCO is “the appropriate agency to regulate the full spectrum of life and health insurance products”, if legislators are going to pursue the AG’s recommendations and transfer insurance intermediary regulation to a new entity, Sun Life says they should look west for guidance.

“We recommend that the most efficient and appropriate way to achieve this would be to carve-out and delegate those responsibilities to a new insurance council for Ontario, which should be established on the model of the western provinces, with ultimate accountability to FSCO,” reads the letter from Kevin Dougherty, president of Sun Life Financial Canada.

Of all the submissions obtained by The Insurance and Investment Journal, Primerica was the only other life insurer that referred to the possibility of establishing an SRO. Creating a new entity would be “ill advised,” says the insurer. “Launching a new regulatory organisation is a complex and costly undertaking that is more likely to result in duplication, conflicting regulations, and red tape than in consumer protection.” Primerica also questioned the need for a new body since there have been few complaints about FSCO from either consumers or the industry.

Perhaps the most telling submission came from FSCO itself; even the regulator is encouraging the panel to consider what kind of role a self-regulatory organisation might play: “As part of the current mandate review, the Advisory Panel may wish to consider whether integrating certain SROs and FSCO could further strengthen financial services regulation and consumer protection in the province and reduce costs to government,” reads the document.

The expert panel is expected to make its recommendations by early next winter.