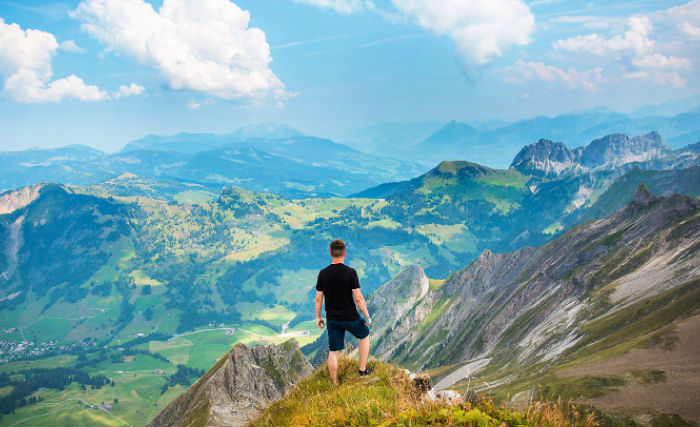 Freshly graduated from university with a job lined up, one young Canadian woman decided to take a vacation south of the border before starting her new career. Unfortunately, she collapsed at the airport in Miami and was rushed to the hospital. After a battery of tests, doctors concluded there was nothing wrong with her and she was discharged two days later with a $44,000 bill. That’s a real life story, says Alex Bittner director, broker and specialty distribution at Manulife and president of the Travel Health Insurance Association of Canada (THIA).  There was more bad news for this young person – she was not covered by travel insurance. As a university graduate, she was no longer covered by her parents’ plan and since she had not yet started her job, she was not covered by her future employer’s plan either. With no money of her own, her parents had to foot the bill…

Bittner says many people do not realize that provincial health coverage will only pay a small portion of medical bills from outside Canada, particularly bills from U.S. hospitals. For Ontario residents, the province will cover just 6 per cent of such bills. “94 per cent is paid by the consumer,” says Bittner.

With summer around the corner, many young Canadians are busy preparing their vacation adventures. And, like the young woman mentioned above, they will prepare for the fun but not the possibility of something going terribly wrong. According to the findings of a survey by RBC Insurance released in March, “As travellers get older, they are more likely to bring travel insurance when leaving home; whereas only 26 per cent of young adults (age 18 – 34) list travel insurance as one of the items they’d definitely pack when travelling.”

The RBC Insurance survey also revealed that 15 per cent of Canadian travellers have had to make a stop at a hospital or doctor’s office for a medical issue while abroad. Cathy Preston, vice president, Life and Health at RBC Insurance gave examples of claims paid by her company. A 30-year-old woman visiting the Dominican Republic had the misfortune of fracturing both ankles when a golf cart tipped over. The medical bill amounted to $75,000. Fortunately, she had taken out coverage and the bill was paid. In another example, a 19-year-old’s motorcycle accident while visiting California resulted in an $11,000 U.S. claim. That person was also covered.

Bittner says there are a few reasons that explain why younger Canadians often neglect this aspect of travel planning. “We live in a great country. People don’t think of what medical care could cost outside of the country.”

Another reason is that young people in good health “have a feeling of invincibility”. But good health before you leave is no guarantee. For young travellers, the most common causes of medical problems while travelling are: accidents, food poisoning and heat stroke, says Bittner.

A third reason that explains why young people often neglect travel coverage is the impression that they can’t afford it.

Preston of RBC Insurance says travel coverage costs a lot less than people may think. “It can be as cheap as $36 for someone (age 0-29 years) for an eight-day trip.” This is the classic medical coverage policy. Trip cancellation/interruption coverage would cost a little more.

He underlines, though, that for all travel insurance buyers, it is important to know what your policy does and does not cover. For example, if the traveller is planning on doing some adventurous or extreme activities, they would want to ensure there are no exclusions for these activities in their plan.

Bittner says advisors can play an important role in ensuring their clients – both young and old are covered by travel insurance. “My big recommendation is to make travel insurance part of the financial needs analysis.” The last thing advisors would want is for their clients to be forced to cash in their investments to pay a medical bill, he adds.

Even medical bills related to travel within Canada can prove costly. “An air ambulance is not covered by OHIP (Ontario Health Insurance Plan). It can cost from $38,000 to $50,000 for an air ambulance from B.C. to Ontario.

Preston from RBC Insurance adds that if an advisor has clients who have travel coverage through a workplace group plan, they should look carefully at what is covered. “There could be gaps. And an advisor can help them with this.” She added that people should also ensure that their travel insurance policy covers both out-of-country and out-of-province medical costs.

In addition, to ensuring to purchase travel insurance and understand what the policy covers or does not cover, RBC Insurance offers the following tips for travellers: