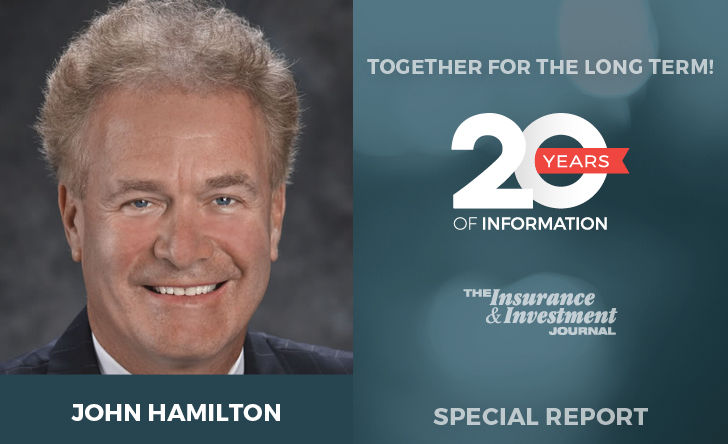 Since entering the industry as a life insurance advisor in 1978, John Hamilton has gone on to create and start one of Canada’s largest Managing general agencies in the country, Financial Horizons Group – an organization that now works with more than 6,000 advisors.

What are the present challenges he sees in today’s business climate? Hamilton says trying to remain profitable is a challenge for MGAs, including Financial Horizons due to the many added demands requiring capital such as compliance and technology, etc. Hamilton says insurance companies, advisors and MGAs are all facing these rising costs.

On the MGA side, he says, “Advisor expenses have gone up. They’re pushing for higher overrides, a bigger piece of the pie. At the same time, you have the life companies downloading more expense to us, so you’re getting squeezed both ways.” Hamilton says everyone is in the same boat and it’s an ongoing challenge for all involved.

Recruitment of new advisors is another continuing challenge. With advisor shortages excepted to be a big issue in the coming years, he says MGAs like Financial Horizons are looking to bring in new blood.

Five years ago, Financial Horizons launched a program called the Horizons Club to bring new blood into the industry. As part of this program, the MGA trains and supports new advisors, creates special newsletters and conferences, etc.

“Once you bring them in that way, they become very loyal, because you’re the one that got them started and developed their business.”

Like other MGAs, another challenge for Financial Horizons is adapting to the changing market conditions. “Life insurance sales are booming for us. Money sales are flat and there is even a slight decline, which is a reflection of the market.”

Hamilton says as an MGA, Financial Horizons adjust with the changes. He says there will be a time when life sales aren’t booming and money sales are through the roof and, like now, his company will adapt to the changing conditions and operate in a way best suited for those conditions.