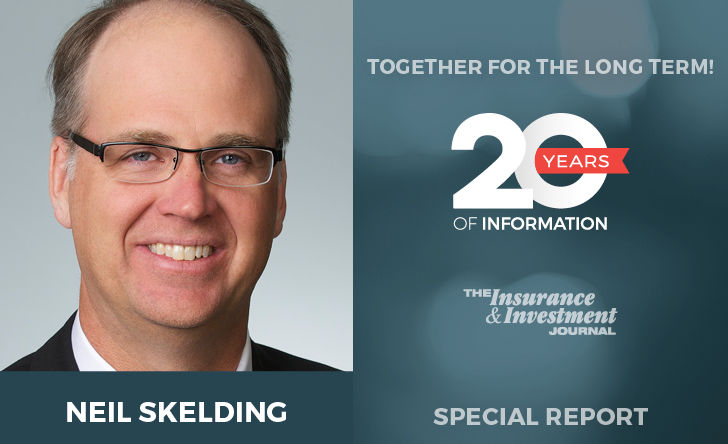 Neil Skelding, president and CEO of RBC Insurance, says the industry is presently in the midst of a game-changing moment driven by tech savvy Millennials who prefer to have a direct relationship with their life insurers.

“There’s a sea change going on in the marketplace and it’s powered by consumers making choices…We, as an industry, need to configure our distribution and access to our companies in a different way and that’s going to happen no matter what,” says Skelding.

The way Millennials buy is completely different than the baby boomers, he says. “They’re used to dealing direct with companies, they’re used to digitization and they expect our industry to function in the same way as every other aspect of their lives function.”

Thin edge of the wedge

For the life insurers, it’s an enormous challenge, but they are starting to become much more active on the direct side. “They’re putting apps out for consumers to interact with them directly and I think this is just the thin edge of the wedge as this change in consumer behaviour continues.”

Millennials will still need advice, but they will seek it through a more direct relationship with their insurance companies, as opposed to going through a third party, Skelding adds.

To meet Millennials’ expectations, RBC Insurance is digitizing its business. “We are allowing our customers to interact with us directly. We just launched, for example, an e-app…“  Products are also being adjusted. The insurer “put control in the hands of its clients” through its product YourTerm, which allows the customer to tailor their term of coverage, says Skelding. “You don’t have to pick a 10 or a 20 (year term). You can configure it, customize it, exactly how you want.”

This fall, RBC Insurance also announced an arrangement with League, a digital platform for employee health benefits. Group plan members can sign up directly using League’s app and tailor their benefits on their Smartphone. This approach is completely different from anything that’s been seen in the market before, Skelding says.

RBC Insurance’s arrangement with League embodies an emerging trend in the life insurance market where traditional insurers are partnering up with third-party, digital-savvy companies. “These intermediaries look at industries like ours and they look at how it can be modernized and built in the interest of the consumer and change will happen. I think it’s just starting.”

How far could this trend go? Skelding says it is worth observing the changes impacting other traditional industries. “If you look at the taxi industry, an Uber comes in, they don’t own any taxis, and they take a big share. The question for us as an industry is, are we in our Uber moment here?”

Where do advisors fit in this changing distribution model? “The advisors, in my view, that provide great advice and great client service will be fine,” says Skelding. “But if you’re not doing that, and you’re not offering your client digital tools and you’re not allowing your client to deal in the way that they choose, then I think you’re going to struggle.”