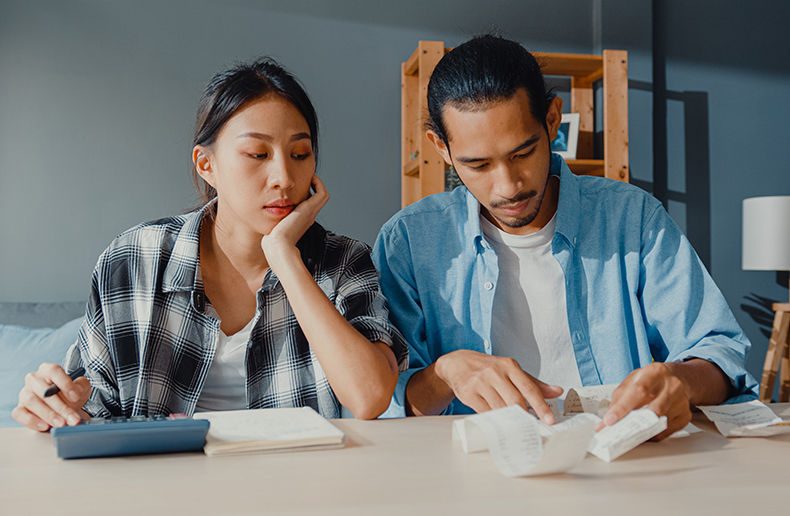 Finances are one of the biggest stressors for couples just married or contemplating marriage with one-third finding it difficult to talk about money with their partner, according to a new RBC survey.

More men than women expressed discomfort talking about finances (38 per cent vs. 25 per cent respectively) and just under one-third reported they only talk to their partner about finances a few times a year. Five per cent say they never talk about money.

"It's not uncommon to find couples don't always have the same comfort level when it comes to finances. We also know, however, that being on the same page financially and making money decisions together can go a long way toward reducing stress and helping couples build a strong future together," says  Stuart Gray, Director – Financial Planning Centre of Expertise, RBC.

Downsizing wedding ceremony a way to save money

Since the pandemic, just over half of non-married respondents said the money they had been saving for a wedding is now going to other financial priorities – like buying a home, starting a family or downsizing their wedding ceremony. In fact, 21 per cent said they have now considered a backyard/at-home wedding as a result of the pandemic, 14 per cent said they’re considering eloping and 13 per cent have considered a city hall ceremony.

"It's also important for both partners to take the big picture into account when considering any major expenditures," added Gray. "Taking on debt can limit what you can achieve financially together. It's a good idea to talk through how any big expenses could affect your future finances."

Gray suggested couples get some good financing planning advice from an expert and check out some of the digital resources online to help couples save, budget and manage their money.

Millennials reshaping financial planning
Covid-19: Gen Z building financial resilience
Canadians underestimate how much they know about their finances
The need for financial advice is more crucial than ever
Saving

Growth is back, but uncertainty lingers, says Pierre Cléroux
Insolvency experts say COVID-19 is eroding affordability and living standards
Focus on the financial planning issues that matter most to women business owners
Women entrepreneurs are a growing market for financial advisors