Pandemics and infectious diseases are greatest threat to society 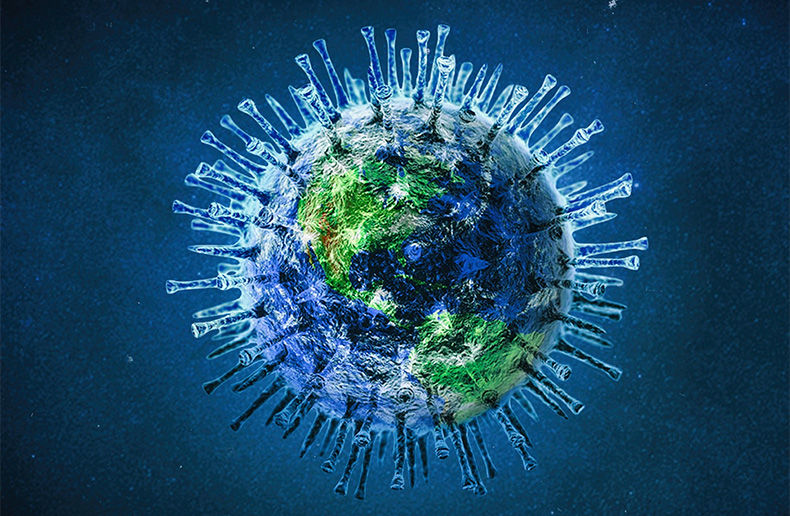 Experts rank pandemics and infectious diseases as “the” emerging risk that is the greatest threat to society in the next five to 10 years, surpassing previous major issues like biodiversity and cyber security, according to a recent survey by multinational insurance company AXA.

The survey raises up pandemics from its eighth spot last year to number one, while the general public put climate change in second spot for the most important emerging risk to society, down from the first place spot it held since 2015.

The survey also shows that risks related to natural resources are decreasing in importance, even though the biodiversity crisis is accelerating. “In many ways, the crisis has been acting as an accelerant of existing or nascent trends,” said the AXA report.

The question of biodiversity – brought into sharp relief by COVID-19 – is when and how to bring about decarbonization and keep the world focused on the challenges from a changing climate. Several governments have brought in stimuli, led by the EU, and with notable commitments from South Korea, India and Canada, channelling money into green projects in some cases and attaching green conditionality to a “vanilla” stimulus in others.

Cybersecurity risk, which experts rank as the third-most important risk, has intensified as COVID-19-related phishing emails have surged and employees use personal devices for work.

Geopolitical instability, which experts put in fourth place, has heightened as some governments exert control over medical supplies and protect strategically important businesses. Even social discontent and local conflicts, the 5th ranked, could surge as COVID-19 exposes and widens economic and social inequality.

Prolonged feelings of uncertainty and vulnerability

That’s all before taking into account the devastating impact of COVID-19 and resulting lockdowns on the economy. In addition to the direct impact of lockdowns on economic activity, there’s a danger that the economic fallout will worsen if the pandemic causes prolonged feelings of uncertainty and vulnerability among the general population, which, in turn, leads to less consumption.

In fact, the AXA report states that the firm believes mental health and misinformation are important risks that deserve focus and have not yet fully captured the attention of experts.

Advertisement
The most popular in Society
TD earnings: -11.7% in wealth management, +2.8% in insurance
Canada falls in global ranking of retiree’s well-being
Ontario regulator approves another credential
Headlines
Fund salesperson banned for outside activities