Costliest winter conditions ever in February 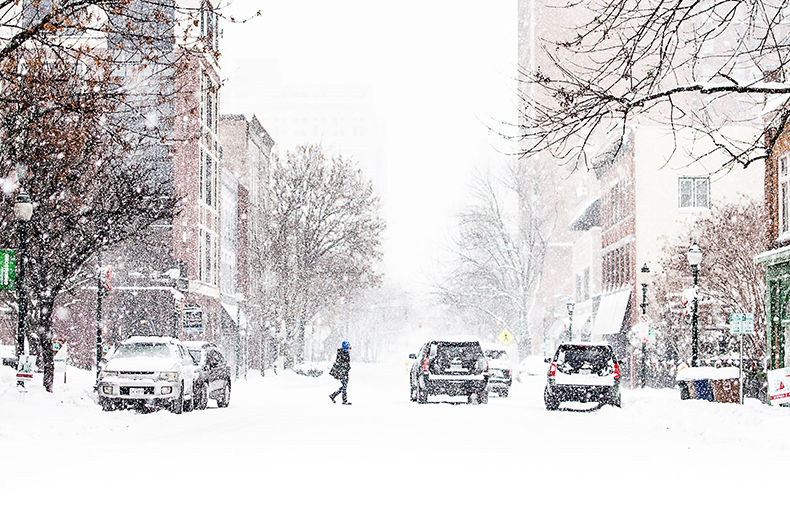 Winter storms walloped wide swaths of the United States, causing hundreds of millions of dollars in damage. In fact, these conditions created the most expensive winter weather peril on record for U.S. insurers. Aon published this finding in its monthly global catastrophe report.

The February 12-20 Polar Vortex that swept across the southern U.S. and Mexico ushered in extreme cold temperatures. The resulting damage and net losses from business interruption are expected to be well over US$10 billion.

Shortly after these events, severe thunderstorms and large hail struck northern Texas on February 25. Total economic damage is expected to exceed US$100 million, most of which will be covered by insurance.

Heavy rainfall and severe weather also caused flooding in the Ohio and Tennessee valleys between February 25 and March 1. Parts of Kentucky, Tennessee and West Virginia were the most affected. Total economic losses were estimated at nearly US$100 million. However, much of the residential flood damage will go uninsured given low participation in the National Flood Insurance Program, Aon points out.

Between February 14 and 18, northern Mexico experienced millions of power outages resulting in lost factory productivity, particularly in Chihuahua. In Tamaulipas, hundreds of thousands of hectares of crops were affected by abnormally cold and icy conditions. Crop damage alone was estimated at hundreds of millions (USD).

Almost 10 years to the day after the Fukushima earthquake that triggered the nuclear disaster, a 7.1 magnitude earthquake struck the region again on Feb. 13, causing one death and 187 injuries. As many as 4,700 residential structures were damaged or destroyed. Total economic losses are expected to reach hundreds of millions (USD). The General Insurance Association of Japan noted that nearly 88,000 insurance claims had already been filed.

In India, flash floods caused an estimated US$206 million in economic losses in the Indian state of Uttarakhand between February 7 and 8. A total of 205 people were confirmed or presumed dead as of February 24. Thousands of structures and four hydroelectric power plants were damaged.

Numerous wildfires were ignited in the suburbs of Perth, Western Australia, from February 1 to 7. The fires burned approximately 10,600 hectares of land and destroyed at least 81 homes along with other structures. The Insurance Council of Australia declared a state of emergency and noted that more than 730 claims had been filed. Insured losses to date were listed at US$46 million. The economic loss was even higher.

Tropical Cyclone Niran also caused extensive damage and flooding in eastern Australia, along the coastal areas of Queensland and New South Wales, between February 25 and March 4. Economic losses due to crop damage alone were reported at US$155 million.