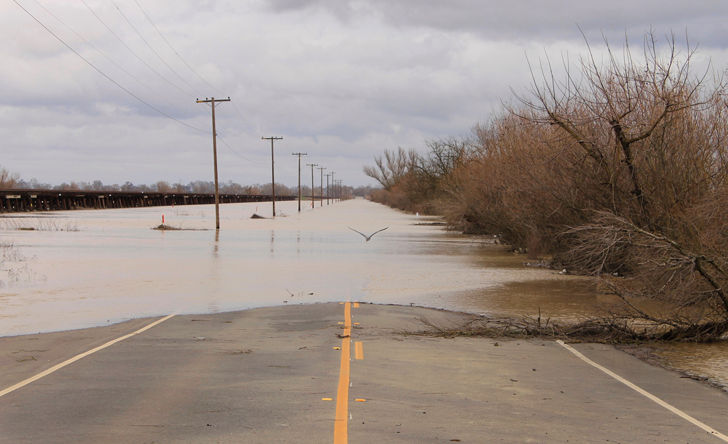 In a recent news release, IBC says this is the costliest natural disaster in the province’s history. Over a two-week period beginning Nov. 13, a series of heavy rainfalls (or atmospheric rivers) hammered the southwestern part of the province.

Flooding and landslides claimed lives and destroyed many homes and agricultural businesses. Public infrastructure, both highway and railways, was destroyed or severely damaged, forcing the BC government to declare a state of emergency. Given the scale of the disaster, the overall economic losses will probably far exceed the insured loss figure, IBC says.

“While the insurance damage stemming from these flood events is significant, the sad reality is that many residents impacted were located in high-risk flood areas and floodplains where flood insurance coverage is not available,” says Aaron Sutherland, IBC Vice-President, Pacific and Western.

Taxpayers and governments will have to assume nearly all the costs of this disaster, Sutherland adds. “As we continue to see the increasing impacts of our changing climate, it’s clear much more must be done to create a culture of preparedness and to build our resilience to the risks we face.”

To this end, IBC has been leading discussions with various levels of government to help communities combat climate change and better manage where flood risk poses a threat to Canadians’ homes.

The Bureau wants to create a national residential flood insurance program, a public-private partnership model that will provide insurance to people living in high-risk areas. The floods in BC underline the urgency of moving forward with discussions regarding this national program, says Sutherland.

“This year, British Columbians have seen first-hand the devastating impact our changing climate can have, be it severe storms, wildfires or floods. Insurance can help individuals recover financially, but the human impact is often irreparable,” he says.

What’s more, climate-related disasters often have a disproportionate impact on more vulnerable populations. As a result, it is important to increase efforts to mitigate future climate change, IBC suggests. Windstorms in January 2021 caused an estimated $134 million in damage, and losses from wildfires totalled $155 million last summer, according to CatlQ.

British Columbia will soon announce a new version of its Climate Adaptation Strategy. IBC believes that Canada needs to focus on a national adaptation strategy and prepare for floods and extreme heat that result from climate change.

IBC invites anyone with questions about their insurance coverage or who has been affected by a natural disaster in BC to call 1-844-2ask-IBC.

Aon’s weekly report released on Dec. 3 mentions that atmospheric river events produced an additional 100 to 200 mm of rainfall during the last week of November, across the southern part of the province, on Vancouver Island and in northern Washington State.

Atmospheric rivers are phenomena made up of a narrow plume of deep moisture that stretches over several tens or even hundreds of kilometres between mountainous and coastal areas.

Not only did the precipitationforce the shutdown of the Trans Mountain Pipeline, butHighways 1, 3 and 99 were also closed by Nov. 29. In Abbotsford, the dike protecting the Trans-Canada Highway from the Sumas River floodwaters had to be reinforced. Thousands of people were evacuated due to the flooding.

Elsewhere in British Columbia during the same period, rainfall amounts were as follows: Coquihalla Summit (238 mm), Agassiz (228 mm), Squamish (206 mm), Port Mellon (199 mm) and Pitt Meadows (183 mm). All of these locations received as much rain as the Saguenay flood of July 1996.

Bellingham, Washington was deluged with 370 mm of rainfall in November, breaking the 1990 record of 295 mm. Equally staggering numbers were recorded in six other municipalities in the state, where rainfall ranged from 12.8 to 16.7 inches, or 325 to 424 mm, between November 11 and 15, according to Aon.

By mid-November, damage to property, infrastructure and business interruption was expected to exceed US$1 billion for British Columbia and Washington State.