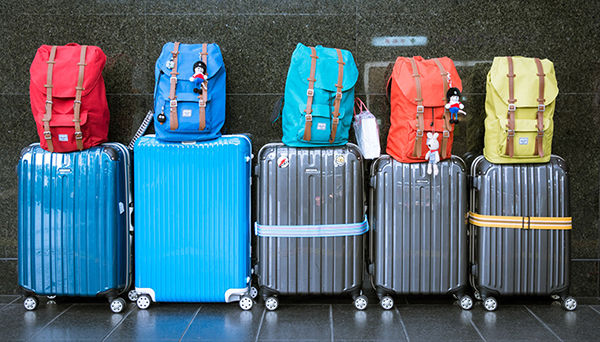 Recession or not, the Snowbirds – those Canadians who winter down south – are still packing their bags. Their continued migrations have had an impact on applications for travel insurance products. Medical questionnaires have become increasingly precise.According to Patrick Lavoie, vice-president of marketing at Securiglobe, questions dealing with gastro-intestinal issues, diabetes, and pulmonary diseases are more detailed. Insurers have these diseases in their sights because they received numerous complaints that were related to them.

He adds that other diseases like asthma are also making insurers more cautious. “They are trying to determine whether the asthma is light, seasonal, or chronic. The questions are clearer, which is also useful when Snowbirds suffer from several illnesses,” he says.

Certain insurers are being careful about cardiac disease, comments Luc Lavigueur, business development manager at April International Canada. For example, in some cases he says that applicants who have undergone a heart bypass cannot obtain coverage. “The insurers are assuming different risks. It is up to the broker to put things in context.”

Mimi Martin, president of MRM Special Risks, says that she has reviewed medical applications so as not to have any nasty surprises. “I revised the surcharges on the medical application to make sure that customers were paying the proper rate for each one of their medical conditions. For example, rates were adjusted for cardiovascular diseases, which are on the rise for people over the age of 60,” she says.

Suzanne Langlois, manager, travel and health insurance department at Ogilvy & Ogilvy says that applications are increasingly rigorous. “For example, a customer who obtained a product last year, when he was taking eight prescription drugs, cannot qualify for the same insurance this year. Access to this product is now limited to six drugs,” she notes.

Another scenario: insurers are introducing new risk categories that better correspond to some insured parties’ medical situations. Desjardins Financial Security (DFS) is one of them. “When people leave [on vacation], we know their medical conditions exactly. This is preferable, because certain elements inherent to their disease may not be covered,” comments François Morel, a business development advisor at DSF.

As a result, Snowbirds who are sick are sometimes forced to pay a higher premium. So some prefer to add an exclusion to lower their premium, notes Ms. Langlois.

Another trend in the marketplace is that customers are shopping earlier. According to Ms. Langlois, they now start in July. She explains this situation by the fact that customers are more and more demanding. “They want to compare prices. Their incomes are fixed, while their expenses are increasing”, she says.

Those customers who shop and buy their coverage early enjoy significant discounts. Siriphone Duangvichit, corporate communications consultant with RSA Insurance, confirms that this is the case. “Snowbirds frequently take advantage of savings offered when insurance is purchased early in the season.”

“For this reason, competition is more fierce than usual. One sometimes finds a difference of one or two dollars in the quoted price,” comments Ms. Langlois.

To reduce the cost of their insurance, many Snowbirds are opting for other solutions. Some take shorter holidays. As a result Joanne Parent, director of sales and development at Quebec Blue Cross, notes that there is an increase in the number of stays lasting 30 to 60 days. “These stays are increasing, while those lasting two months are similar in number,” she says.

But otherwise, Snowbirds are still flying off to the United States. Florida, Texas and Arizona are very popular. “Francophone Canadians are mostly in the eastern United States, while English-speaking Canadians go to the west more often,” notes Pierre Saddik, vice-president of development at Optimum Reinsurance.

European and South American destinations are also coming to the fore. According to Robin Ingle, president of Ingle International, Snowbirds are attracted to exotic locations like the Amazon.

Snowbirds are still interested in the same coverage. They like emergency health care, cancellation insurance, and interruption of travel and baggage insurance.