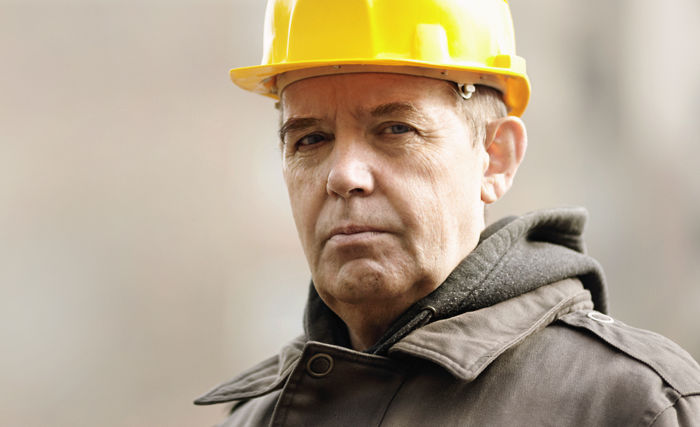 While older workers provide leadership and represent a good chunk of the Canadian workforce, the plain fact is that profit drives successful businesses and older workers are often considered to be expensive and frequently unproductive, a seminar sponsored by the Ontario Regional Council of the Association of Canadian Pension Management was told.

The current participation rate of older workers, aged 65-69, more than doubled between 2000-2013, Marcel Théroux, a partner with Mercer in Toronto told the December seminar. “This increasing number of older workers in the workplace…is creating heat,” said Théroux.

Even though Human Resources (HR) personnel try to paint a rosier scenario, Théroux said that in his world older workers are considered costly and removing employees over a certain age helps reduce expenses.

These older workers, while not the largest demographic in the Canadian workforce, nevertheless represent a significant segment, said Ofelia Isabel, a managing director at Towers Watson.

“An interesting challenge for organizations is that we think about managing these very different groups and getting them all to work together in a way that works for our organizations,” said Isabel.

Baby Boomers are the leaders in most organizations who have to learn to pass on their responsibilities to Millennials – often with great difficulty.

“I have had a lot of interesting conversations with organizations on the struggles they have with really integrating Gen Y into their workforces and the clashes they sometimes have with Boomers. I always find those conversations hilarious because the Boomers raised these people and you know you raised your kids differently than you were raised, so why does it surprise us that these people ended being different?”

Hiring people with the critical skills required to allow a business to prosper is crucial, but about 60 per cent of Canadian employers find it difficult to find those employees. So keeping older workers on board, who already have those critical skills, is a delicate balancing act, finding ways to keep them on the job as long as they are needed and willing to stay, she said.

About half of companies in a recent survey said they intend to increase their hiring this year. However, talent shortages are expected throughout North America, Australia, large parts of Europe and sections of the United Kingdom out to 2021, said Isabel.

For employers, this means putting in place programs that allow workers to move slowly into retirement while ensuring the right people are replacing them.

Educating older employees about the financial aspect of their retirement is important, especially given that only about four in 10 Canadian employees are members of plans through their companies.

Théroux said that about an equal number of people are members of public and private sector pension plans in Canada. About 94 per cent of the 3.2 million public sector employees have defined benefit (DB) plans. This compares with 47 per cent of the three million private sector employees, plus an unidentified percentage of another 19 per cent who are in two-tiered plans, presumably a mixture of DB and defined contribution plans.

Isabel said productivity issues with older workers come down to relationships and individual performance management. She said she knows of many examples of workers aged 70-75 who are very productive, adding that many older workers don’t want to be at a job where they don’t feel they are working up to snuff.

The key, she said, is for employees to be trained to start thinking about retirement so they can leave on their own without being forced out.

This all sounds very good, but company policies are driven by profits, not HR programs, said Théroux. “There is [currently] no room for individuation; there is no room for assessing the worth of the individual; everything is done based on paradigms and accounting structures that are forced on them. So yes, in an ideal, platonic world one should be able to do this. But in reality, what happens is that…It’s very difficult to accommodate this kinder, gentler approach to human resources.”

She also cited a recent study that stated that about 25 per cent to 30 per cent of older workers don’t retire because they can’t afford it. About one-third said they wanted to keep working because they enjoyed it while a good chunk said they want to continue working, just not where they are now.

Théroux said older workers who leave voluntarily cannot count on getting the rich packages from companies the way executives can.

“So rank and file, yes, get them out the door…particularly the older workers because they’re old, expensive and unproductive, but if we are dealing with executives, then, yes, let’s do pension revalorization for age 65 and up. This is the only instance where the CRA has published actuarial guidance in detail indicating how much your pension will go up if you delay it past 65. The number of plans that are being designed for executives to allow them to participate in profits…is mind boggling. The design for the rank and file, notwithstanding PRPPs and target benefit plans, is a non-starter; there doesn’t seem to be any take up at all.”

Human rights codes generally ensure each person is treated equally without discrimination and that includes age. The Ontario Human Rights Code, said Bullock, specifically mentions that all employees are treated equally in the workplace regardless of age – unless a bona fide case can be made why the company cannot accommodate an older worker.

Those who want to retire at 65, for example, should be able to take advantage of programs that include job sharing and part-time work “and the younger workforce won’t be able to say: ‘Me too,’,” said Bullock.