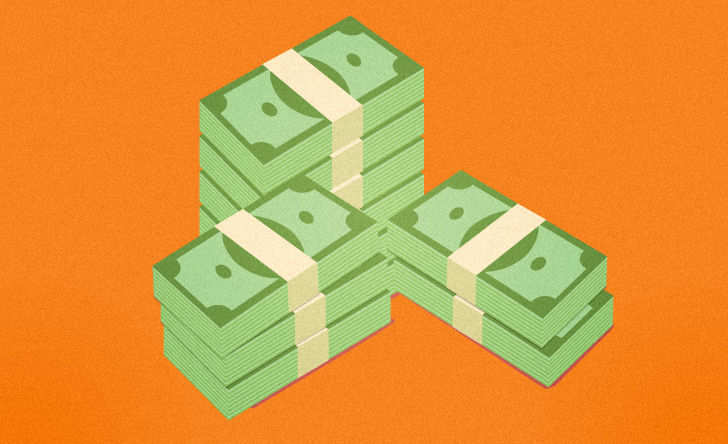 Players in the mutual fund industry are deep in the regulatory trenches these days as they face proposals that could introduce a series of targeted reforms as well as a “best interest” standard of care for dealers and advisors. Another controversial topic – the removal of embedded commissions – is being mulled over by some regulators but the industry should see the first glimmer of a proposal on that around Christmas, a conference has been told.

John Mountain, director of investment funds and structured products at the Ontario Securities Commission (OSC), told the Investment Funds Institute of Canada (IFIC) conference that no decision has yet been made to get rid of embedded compensation.

Mountain repeated an often-made statement during the one-day meeting that industry and regulators are doing their best to consult, rather than always battle, on issues of importance to investors.

He did say that mutual fund dealers and advisors would see a concept document on the issue by the end of the year, adding that the OSC wants to be respectful of research that has gone on elsewhere in the world on the issue.

The 2008 financial crisis showed the great connection among markets around the world and that one particular market cannot be viewed in isolation, he noted.

IFIC has consulted with jurisdictions like the United Kingdom and Australia on a number of issues, including embedded commissions. In its last report to members, IFIC outlined “experiences and unintended consequences” of the rules in other countries, including a perceived gap in advice for modest investors or those who need a single event type advice in the United Kingdom.

Other countries, such as New Zealand, have opted not to ban embedded commissions saying it could limit access to advice and wouldn’t address conflicts of interest where financial products were sold in-house.

In its recent three-year action plan statement, the Canadian Securities Administrators (CSA) said it will consider whether regulations need to be changed to deal with conflicts of interest that stem from embedded commissions and carry out consultations on the issue with stakeholders.

One often-cited conflict when talking about mutual funds deals with the higher MERs that some mutual funds command over other financial products. But in his opening address to the conference, John Adams, IFIC chair and CEO of PFSL Investments Canada, said almost one-third of retail mutual funds have cut fees across the board or through preferred pricing programs since January 2015. As well, there has been an increased number of low-fee online D-series funds as well as fee-based F-series funds, which give investors choice in fee options.

Also on the regulatory landscape are proposals to introduce targeted reforms, as well as a best interest standard of care for dealers and advisors.

The reforms were outlined in late April by the CSA as a potential way to improve the client-advisor-dealer relationship. It also included a proposed regulatory best interest standard “that would form an over-arching standard and governing principle against which all other client obligations would be interpreted.”

While regulators are concerned about surveys that show a significant percentage of clients don’t know how much they pay for investment advice, the industry argues that point of sale documents and better disclosure and transparency regulations coming from CRM2 are helping with that relationship.

British Columbia is not in favour of a best interest standard and other provinces aren’t committed yet to the idea either, mainly because the definition of best interest has not yet been addressed.

“Advocates for the proposal will say: ‘That’s okay – the courts will figure it out over time.’ We don’t think that years of uncertainty are acceptable, not for investors and not for the capital markets,” Adams told the conference.

Many industry participants and clients believe advisors already act in the best interest of their clients, although suitability in terms of Know Your Client (KYC) and Know Your Product are considered the standard.

But IFIC believes implementing a best interest standard is going too far.

“Let’s develop and implement solutions to eradicate conflicts in the limited cases that exist without taking extreme measures that would negatively impact investor choice, access and affordability,” Adams said. “Let’s not throw the baby out with the bathwater.”

The OSC’s Mountain also said best interest needs to be outlined in a far more prescriptive way before it can be applied, otherwise there will be years of litigation.

“We as regulators try to find that balance but it’s not an easy balance,” said Mountain. “We really do need to go into this as partners and approach it as partners.”

David Di Paolo, a partner with Borden Ladner Gervais LLP, said there is an existing standard – to deal fairly, honestly and in good faith with clients. That includes filling out the KYC form and making suitable recommendations to clients with no conflicts of interest.

“So what’s the big unknown? The unknown is to include the best interest standard,” said Di Paolo. “What does that mean? I think we can all agree it means something more than the existing standards…because if the best interest standard was nothing more than a glorification of the existing standard there would be no reason for debate.”

Di Paolo said a best interest standard would affect dealers on a day-to-day basis because it would mean that suitability is no longer enough. Advisors will have to take a broader view when making their recommendations and provide a range of alternatives to clients. In addition, it would also mean that if the situation came before a regulator, advisors would have to prove that they have taken all the steps necessary.

Operational changes would also be required from a compliance dealer perspective, he said.

Paul Bourque, the new IFIC president and CEO, said regulations are meant to lessen investment risks for investors and provide transparency for investors in terms of objectives, performance and fees.

But great thought needs to be given on new regulations to ensure adequate investor protection.

“Given the importance of mutual funds to the retail investor, it is critical for governments and regulators to carefully consider whether new regulatory proposals unduly restrict access, constrain choice or increase costs without offering significant investor protection benefits.”