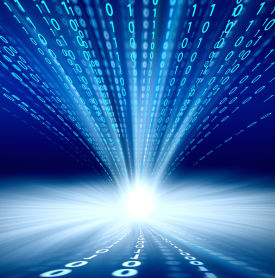 Fullan says the same organization that created the database to house Supreme Court decisions created a separate database for the CCIR/CISRO project. Regulators from the provinces and territories will load disciplinary actions going back five years into this database. New actions will be added on an ongoing basis thereafter. The database will also contain any regulatory actions made against insurers. However, there are few such decisions, so primarily the database will contain actions taken against intermediaries.

Fullan says the national database will serve four audiences. First, it will allow members of the public to check whether an advisor that they’re working with, or considering working with, has a disciplinary action against them that could be of concern. It will also be available to insurance companies or managing general agencies, enabling them to see if an individual that they are considering hiring or signing a contract with has a history of disciplinary actions. The fourth audience will be the regulators themselves who can check potential licensees’ disciplinary records in other jurisdictions. “It will clearly make it easier to search one database instead of 12 databases to see if you can find information about someone. This will be a one-stop-ability to do that.”

In a nutshell, the benefit of this database for the public and the industry is the ability to make informed decisions, says Fullan. “The better information you have, the better you can do that.”

Carolyn Rogers, CCIR chair, adds that following a recent meeting of CCIR members, it looks like most jurisdictions will be ready to participate in the database by Dec. 1 or soon after. “This project has seen a high level of collaboration among regulators.”

She added that the project originally was conceived with the Joint Forum of Financial Market Regulators back in 2009 when it started an initiative to look at how financial services regulators could better share regulatory action information across sectors and jurisdictions.

Most of Canada’s financial services regulators commonly make public information on regulatory enforcement history. “However, for the insurance sector, there has never been a centralized source for this information. CCIR, one of the three members of the Joint Forum, took up the challenge to create one.”

She adds that it took some time to develop a model that was workable and attainable, but the project gained “serious momentum” last winter. “Once the model was established and CISRO officially joined the project, things began to move very quickly indeed.”

This national database will be available via both the CCIR and CISRO websites.

The level of information available on the database will differ by jurisdiction due to varying legislation, explains Fullan. Some provinces like Saskatchewan have a mandate to make public any disciplinary actions decisions as part of its legislation. There are one or two jurisdictions, however, that are not allowed to publish these decisions due to privacy laws. They are working toward dealing with those issues, he adds.