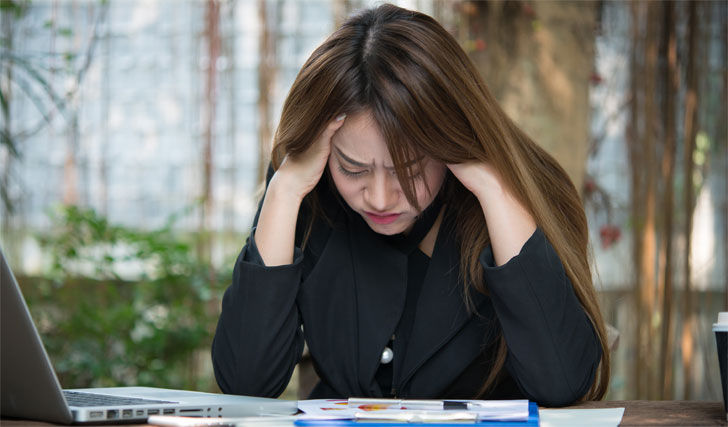 A number of life insurance companies are ramping up their efforts to bring employees off the job due to mental health issues back to work.

Sun Life, Manulife and Green Shield Canada, for example, have been working on various projects, ranging from the growing field of pharmacogenetics – the study of the genetic interaction of medication – to mindfulness.

According to the Centre for Addiction and Mental Health (CAMH), the economic burden of mental illness in Canada is estimated to be $51 billion a year, including health-care costs and loss of productivity. At least 500,000 employed Canadians cannot work in any given week because of mental health issues.

Sun Life began partnering with CAMH and Assurex Health last summer in an attempt to help those with mental health issues find the most effective medication through pharmacogenetics.

CAMH and Assurex have created an IMPACT study that uses an individual’s saliva to determine how their genes will respond to certain medications. (Some direct-to-consumer genetic testing companies, where consumers can learn more about their health and ancestry, also use the saliva test method.)

Jean-Michel Lavoie, Sun Life’s AVP of product development, group benefits, says Sun Life has had its eyes on pharmacogenetics for some time. Specifically, it has decided to create a pilot program to help employees with mental health issues identify the drug that works best for them and with the fewest side effects, ultimately helping them get back to work.

Pharmacogenetics is a type of personalized medicine that focuses on a specific person rather than an illness. So instead of developing a drug that will work with a great number of people, as is the case now with many drugs, personalized medicine starts with the science of individual drug development.  “That’s what’s really changed,” said Lavoie. “The new drugs coming out are very, very targeted to specific conditions, or specific genes and the days of a blockbuster drug for everybody and you just adjust the dose are gone.” (see article, p.12)

Lavoie said Sun Life’s trial is voluntary. A case manager at the insurer has the flexibility to identify cases who they believe will benefit from the genetic test. If the person agrees, then they will be put in touch with CAMH which will then run the test through a lab. The personal results are not shared with Sun Life but with the treating physician and if there is something that needs to be initiated or corrected then the plan member and the doctor will look after it.

However, Sun Life will have access to the aggregated results to determine the percentage of people who agree to do the test, complete the test, discover whether there is a change in regimen or dosage and whether the employee has returned to work. Lavoie said he doesn’t expect a statistically accurate result to be available until at least mid-2018. If successful, Lavoie said the program can be rolled out across the country, potentially with a different partner.

“As an employer, with an employee base, we’re doing some testing of processes and ideas that we might be able to distribute to other employers/employees dealing with mental health,” said Lavoie.

Lavoie said in 2016, Sun Life extended coverage under its mental health umbrella for its own employee base by increasing the amount of money employees receive through their benefits to see a professional psychologist, psychotherapist, therapist or counsellor from $1,000-$1,200 a year to $12,000 a year.

Sun Life is now trying to set a standard for mental health costs that most small- and medium-sized companies will use with their employees. Large companies, like banks and some insurance companies, have flex programs, where clients choose where they want their benefit dollars spent.

Manulife has also announced a number of pilot programs that will run for 12 months to help plan members get quicker access to treatment in both mental health issues and musculoskeletal disorders – the top two reasons why employees are absent from work.

Cori Lawson-Roberts, AVP of national disability services with Manulife, says the insurer’s goal is to partner with appropriate providers to reach employees who are struggling at work sooner so they can return to their normal lives as quickly as possible.

One of the trials involves pharmacogenetic testing for both mental health and chronic pain relief.

It is also holding a trial providing direct access for patients to virtual cognitive behavioural therapy, which helps people develop skills and strategies to become and stay healthy by focusing on problems that come up in everyday life. Lawson-Roberts says through this trial, people will be able to access a psychologist over their phone or computer.

In Ontario only, Manulife is testing out a program that includes face-to-face therapy or virtual or therapist-assisted through a program called BEACON. The program allows patients to complete worksheets and outcome measures as part of their treatment plan on their phone or desktop in a confidential and secure manner. In the Manulife trial, it will allow patients to text with their therapist over the course of 12 weeks.

The insurer is also testing a pilot to find ways to get earlier, faster and more collaborative care to people suffering from major depression.

Lawson-Roberts says Manulife is measuring the pilots against non-pilot claims to see whether partnering with these specialists will shorten disability absences and help employees “get their lives back and get back to work.

“We are always looking for programs that will help our customers and their employees recover from disability and get back to work.”

Green Shield Canada (GSC), which bills itself as the country’s only national not-for-profit health and dental benefits specialist, has been tackling chronic pain and depression through the therapeutic technique of mindfulness.

Originally a Buddhist creation, mindfulness has evolved into a Western practice that allows people to think about issues in their current lives in a certain way to help them reduce stress, anxiety, chronic pain and depression.

Peter Gove, innovation leader, health management at GSC, said anxiety is increasing especially among young people, which if gone untreated, can lead to more significant issues down the road.

The research on mindfulness has been mixed, said Gove, but generally positive. GSC launched a health portal two years ago called Change4Life, a rewards system that recommends changes to behaviour to nudge members toward better health. One of the programs it has now launched on the portal is a six-part mindfulness program.

Gove said the program should be seen as being used as part of a regimen that includes anti-depressants.

“There is good evidence out there that anti-depressant drugs are designed for certain disorders but the rates that people are taking those drugs is much higher than the prevalence of the disorders,” said Gove. “We are not saying that this is a replacement for anti-depressants by any means. What we’re saying is that this is a good adjunct.”

Gove said GSC will keep the data on the program and examine it in about six months’ time.

In 2017, Great-West Life held its 10th anniversary for its centre for mental health in the workplace. The company ranks among its key achievements the development of resources to help employees with mental health issues as well as helping to establish the National Standard of Canada for Psychological Health and Safety in the Workplace, which has now become the national standard.

The pilot is open to employers in Quebec and Ontario, and extends to include their employees who may also be based in Alberta, British Columbia or Nova Scotia.