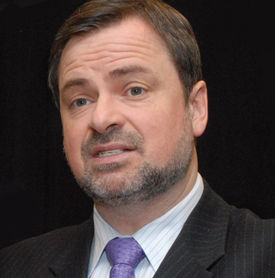 This spring, Quebec will table a bill introducing Voluntary Retirement Savings Plans (VRSPs). The federal government encouraged other provinces to do the same in November when it tabled Bill C-25 on Pooled Registered Pension Plans (PRPPs). The insurance and investment industry looks favorably on these initiatives but would like to see some adjustments.Quebec Minister for Finance Alain Paquet thinks that his government has a good chance of tabling VRSP legislation later this spring. A parliamentary committee will then open the way for consultations.

“Parties may file briefs and propose adjustments to improve the bill,” he said in an interview with The Insurance and Investment Journal. The Quebec government would like to see it passed later this year, so that legislation can come into force on Jan. 1, 2013.

The Minister adds that both federal and provincial governments intend to harmonize the regulatory framework for these new plans.

Insurers are generally enthusiastic about the project in Quebec. In an interview with The Insurance and Investment Journal, Yves Millette, vice president, Quebec affairs at the Canadian Life and Health Insurance Association (CLHIA) said that the association was “comfortable” with the VRSP.

The CLHIA, which represents federally chartered insurers, stated their position in April at a roundtable hosted by the Fasken Martineau law firm. Besides CLHIA, roundtable participants included the Quebec Minister for Finance, the Canadian Federation of Independent Business (CFIB), and the Quebec Investment Funds Council (QIFC), which is the Quebec division of the Investment Funds Institute of Canada (IFIC).

Mr. Millette believes that VRSPs will open up growth opportunities for CLHIA members. The environment will be competitive. “We will not be the only ones in the market. There will be deposit-taking institutions and mutual fund companies,” he says. He also suggested that pension funds like the Ontario Teachers Pension Plan (OTPP) and the Ontario Municipal Employees Retirement System (OMERS) could become involved.

Insurers say they are nearly ready, and several have announced that they will launch products at the earliest possible moment. Under the proposed legislation, each institution will be the administrator of a single type of Pooled Registered Pension Plan. In addition to insurers, eligible institutions include banks and mutual fund companies.

Insurers are confident that they will be able to hold their own. Sun Life Financial was one of the first CLHIA members to lobby for the creation of multi-employer plans, and it is waiting for the sound of the starting gun. “Two million Quebecers do not have access to one form or another of retirement savings. The VRSP will give us a chance to reach them,” says Sylvain Bouffard, director of public affairs for Quebec at Sun Life. The insurer has already mapped out the structure of its VRSP producgt. “We will offer lifecycle funds as a default investment option,” comments Mr. Bouffard.

Despite their enthusiasm for the project, insurers want the legislation to be clarified or adjusted before it passes into law. “There are a number of issues to be clarified,” says CLHIA’s Yves Millette. For example, what qualifies as an eligible group under a VRSP or PRPP has not yet been defined.

Mr. Millette points to what is allowed under group insurance law. For example, under Section 15.1 of Quebec’s Act respecting prescription drug insurance, a group cannot be formed only ​​for insurance purposes. The group must be made up of current or former employees of an employer, or members of a professional association or union.

Concerns in the mutual fund business run deeper. IFIC and QIFC are worried about the proposed framework set out by both Ottawa and Quebec. The mutual fund industry associations want certain provisions in VRSPs and PRPPs to be extended to group RRSPs.

The QIFC has asked Quebec Minister of Finance and Revenue Raymond Bachand to level the playing field in terms of taxation. “Employer contributions to RRSPs should be exempt from payroll taxes in order to create an equal balance between the various retirement plans available,” wrote QIFC president Stéphane Langlois in a letter to Minister Bachand.

IFIC’s president Joanne De Laurentiis asked the same thing in her letter to James Rajotte, chairman of the House of Commons’ Standing Committee on Finance.

The fact that the employer is exempt from these taxes under VRSPs or PRPPs will encourage them to transfer their RRSPs to the new system simply for tax reasons, comments Jon Cockerline, director of policy and research at IFIC. In an interview with The Insurance and Investment Journal, he said that his association is concerned by the proposals. “We think that there are some aspects of the federal program that kind of un-level the playing field, showing a preference for PRPPs over group RRSPs.”

Mr. Cockerline notes that there are several other gray areas. There is a requirement that fees be competitive when compared to those of similar institutional regimes, but what exactly does that mean? “There will be benchmarking of fees to ensure they are low cost. How? They don’t have an answer on that point,” says Mr. Cockerline.

IFIC and QIFC are also worried that governments are promoting PRPPs or VRSPs as the only option for employers who do not already have a pension plan. Minister Alain Paquet dismisses this last concern. “We are not prescribing a single model. Whoever wants to offer a group RRSP can do so. In Quebec, our initial estimate is that 50% of Quebecers do not have an employer-sponsored plan. The goal is to provide coverage to those two million workers.