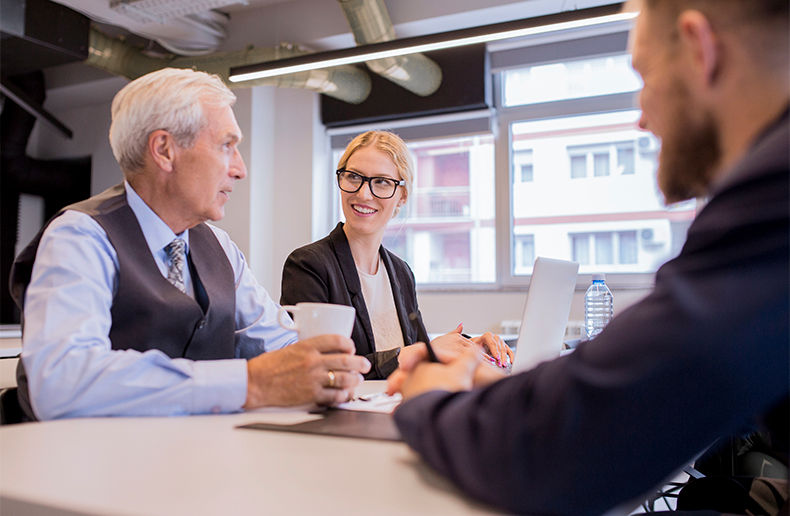 The Insurance Brokers Association of Canada (IBAC) appeared before a standing committee in Ottawa to argue in favour of Bill C-208, An Act to amend the Income Tax Act (transfer of small business or family farm or fishing corporation).

Transferring a business to one's children has historically incurred a weighty tax bill, creating an additional obstacle to succession and threatening the survival of small and medium-sized businesses in Canada.

The problem is so serious that, under the current provisions of the Income Tax Act, it is often more advantageous for entrepreneurs to sell their business to an unrelated person than to a family member.

One-quarter of firms are family businesses

Peter Braid and Robyn Young, CEO and President-Elect of IBAC respectively, presented the broker lobby's arguments for the passing of Bill C-208 to the House of Commons Standing Committee on Finance (FINA) on March 9.

Braid pointed out that in provinces such as Ontario, Quebec and British Columbia, up to 25 per cent of IBAC member firms are family-owned. In smaller provinces and more rural areas of Canada, the number is much higher, he adds. In Nova Scotia and Newfoundland and Labrador, for example, the proportion of family-owned brokerages is 40 per cent and 50 per cent, respectively.

“The changes proposed in Bill C-208 would have a direct benefit for brokerage owners who want to keep the business in the family,” Braid says.

Robyn Young, President-Elect of the IBAC Board of Directors, is also the President and CEO of Lundgren & Young Insurance, a brokerage in Calgary. She has lived through the challenges of buying a family business, having acquired the firm from her parents. She shared her experience with FINA MPs.

“When my parents decided to sell their business, they received an offer from a large direct writer. They ultimately chose to sell the business to me and my brother, because it was important to them to keep the business they had built within the family. They also wanted to ensure that their clients would continue to receive the same expert advice and personal touch they had come to expect,” she explains.

Young views family-owned brokerages as the pillars of the community and the lifeblood of the economy. They serve and support their communities in good times and bad by creating jobs and donating time, money and other resources, she told the MPs.

“Many third parties purchasing family businesses are large companies with no connection to the community. Rather than supporting local organizations and sports programs, they tend to sponsor professional teams and events. Personally, I sit on the board of a local children’s charity and our brokerage actively supports and volunteers for numerous community-based charities and children’s sports teams,” she said.

Bill C-208 will not only ease family succession in brokerage firms and provide stability for clients, it will also help maintain the social and economic contributions that insurance brokers make to their communities, she continues.

IBAC also shared with The Insurance Portal a letter that Braid sent to MP Larry Maguire on March 8 in preparation for IBAC's hearing before the Standing Committee on Finance. In the letter, the IBAC CEO argues that legislation such as that proposed in draft Bill C-208 will support the family succession of brokerage firms.

“Based on our experience, brokerages are typically sold to a family member who has worked alongside the owner/operator for a number of years and built sweat equity into the business. Passing this legislation recognizes the important role the family member has played in the success of the business. From a tax perspective, it would also put them on an equal footing with other potential third-party purchasers,” the letter reads.

Braid also pointed out that selling to a family member who has worked in the business benefits customers. “Clients are well served when their unique insurance needs continue to be handled by an expert with whom they have an existing relationship.”

Given their economic impact and the employment opportunities created by family-owned brokerages, Braid believes that every effort should be made to support the intergenerational transfer of these businesses. “Incentives like C-208 will reduce the tax burden and enable family members to take over the business. This is also an issue of equity and fairness – business owners should not be penalized for selling their business to a family member.”