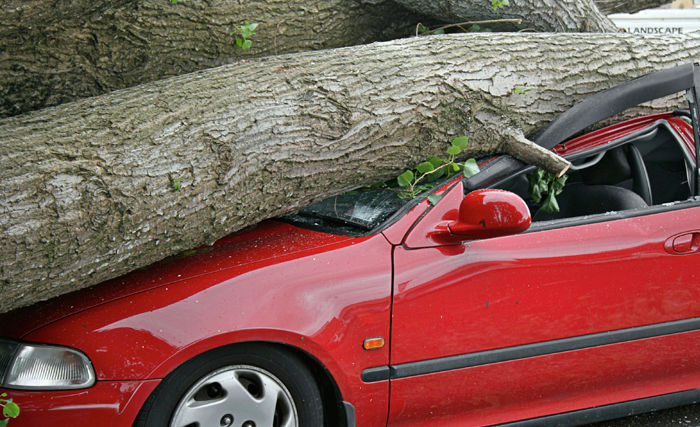 The severe storms that struck Ontario and Quebec on Saturday, May 21, caused 10 deaths, major damage and power outages. Several thousand customers were still without power in both provinces, several days after the event.

In its weekly natural catastrophe report published on May 27, Aon devoted several pages to the derecho. This rare extratropical convection weather phenomenon produces very strong downbursts. The system moves in a straight line, which is how it got its name: “Derecho” is the Spanish word for “straight ahead.”

The May 21 derecho tracked about 1,000 km through the most populated areas of southern Ontario and Quebec, from Toronto to Quebec City. At Toronto’s Pearson Airport, a wind gust of 120 km/h was recorded, the strongest ever during the month of May.

Stronger gusts were reported at Lake Memphremagog (144 km/h), Waterloo Airport (132 km/h), and Shawinigan (128 km/h). Tornado warnings were issued to the public throughout the weather episode.

At the worst of the storm, more than one million customers lost power. Nine of the ten deaths were in Ontario. In Uxbridge County, near Ottawa, an EF2 tornado with winds of 195 km/h was confirmed by meteorologists.

Once the insured loss is tabulated, this major convective storm is very likely to be one of the Top 10 costliest events for the Canadian insurance industry, Aon predicts.

Similar storms occurred in the United States from May 19 to 25. Since the beginning of March, the country has sustained major losses almost every week. The US will likely well surpass the $10 billion threshold in insured losses in 2022, as has happened every year since 2008.