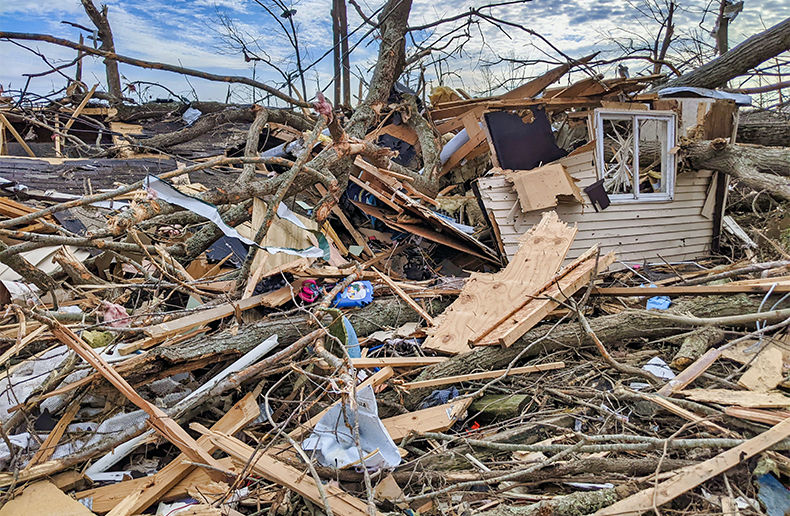 The estimate is made by Catastrophe Indices and Quantification Inc. (CatIQ), which uses data from insurers. The Insurance Bureau of Canada released the estimate on October 19.

Hurricane Fiona ranks tenth in the list of the costliest insured losses, topping the 2011 forest fires that razed Slave Lake, Alberta. Eight of these losses have occurred since 2013.

This is the second disaster in 2022 to make it into the top ten, following the May 21 derecho (see table below).

Hurricane Fiona hit the Maritimes and the Gulf of St. Lawrence on Sept. 24. In addition to loss of a human life, the remnants of the hurricane which had hit Florida and North and South Carolina earlier, brought high winds, heavy rains, coastal overflows and storm surges, downed trees and caused power outages in the four Maritime provinces and the Magdalen Islands.

The IBC says that while the insured damages are historic for Atlantic Canada, most of the affected properties are located in high-risk flood zones where flood insurance is not available. As a result, most of the cost of the damage will be borne by the various levels of government.

“As we begin to see the extent of damages caused by Hurricane Fiona, it is clear that much more needs to be done to enhance our resilience to extreme weather events and build a culture of preparedness moving forward,” says Amanda Dean, IBC's vice-president for the Atlantic region.

“Climate change is real, and the fatalities, emotional turmoil and financial consequences we've witnessed must be a call to action – we must prioritize the protection of all Canadians from the impacts of climate change,” she adds.

The distribution of insured damages was estimated as follows: