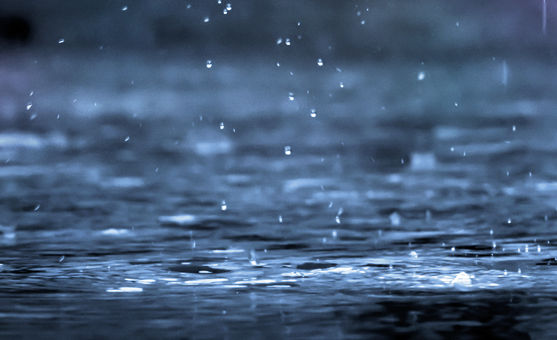 In the first quarter of 2022, insured losses related to natural disasters exceeded US$10 billion, for the sixth consecutive year.

Aon confirms this trend in its most recent quarterly report, which summarizes major claims from Jan. 1 to March 31, 2022.

The preliminary estimate of total losses is $31 billion, $14 billion of which are covered by insurance. Aon cautions that these estimates are likely to be higher when all claims are filed, given the significant losses in March.

One of the most noteworthy weather phenomena of the first quarter of the year was a 30-50°C increase over seasonal normals observed in mid-March in Antarctica.

Aon also notes that five tropical storms hit Madagascar in a single season. In addition, forest fires burned more than one million hectares in the province of Corrientes, Argentina, equal to 12 per cent of the land in this province.

March 2022 is the 447th consecutive month in which global land and ocean temperatures surpassed the 20th century baseline average. January, February and March 2022 all ranked in the Top 10 warmest months compared with the equivalent months since 1880.

Aon’s quarterly report concludes by citing the findings of the last two chapters of the IPCC's sixth report, published in 2022. The WGII report estimates that at least 3.3 billion people (42 per cent of the world's population) live in regions particularly vulnerable to climate change.

In recent years, Aon has observed a steady increase in losses caused by so-called “secondary” perils such as winter storms and floods, to the point that the term “secondary” might be becoming obsolete, the report’s authors say.

In Q1 of 2022, the Asia Pacific region sustained the highest natural disaster losses at $15 billion, ahead of Europe ($7 billion) and the United States ($6 billion).

From February 16 to 21, Western Europe and the United Kingdom were struck by a series of low-pressure systems that produced windstorms Dudley, Eunice and Franklin.

Early estimates on Eunice ($4.3 billion) indicate that this is the costliest storm in Europe since Xynthia in 2010.

The March 16 earthquake offshore of the Fukushima Prefecture, Japan, reached a magnitude of 7.3. Four people died and 244 were injured. The power outage that followed affected 2.2 million homes in 14 prefectures, including Tokyo.

In addition, 34,000 homes suffered water shortages. Some 10,414 homes were damaged significantly, and insured losses are estimated to be at least $2 billion.

Another 7.1 earthquake struck the same region in 2021 and caused $2.5 billion in insured losses, with nearly 261,000 damage claims filed. Although it is too early to compare the two losses, a similar claims volume is expected in 2022.

The East Coast of Australia experienced historic rainfall from February 23 to March 8. The states of Queensland and New South Wales were the hardest hit, causing flooding in Brisbane and Sydney.

Some parts of the country received more than 1,000 mm of rain in six days. Brisbane saw three consecutive days of rainfall totals above 220 mm.

As of April 8, more than 173,000 insurance claims had been filed for an estimated US$1.81 billion in damage. The 2022 floods will likely be the costliest in this country's history.

Aon expects the situation to worsen if natural disasters escalate, owing to the steady increase in the population of the Brisbane (20 per cent) and Sydney (13 per cent) metropolitan areas over the past decade.

The severe convective storm (SCS) season, associated with hailstorms and tornadoes, usually begins in March in the United States.

According to the Storm Prediction Center, there were at least 290 local tornadoes, 222 of which have been unofficially confirmed by the national weather service. The states of Iowa, Texas, Mississippi, Louisiana and Alabama were the hardest hit.

An EF4 tornado struck Madison County, Iowa, on March 5, with winds of 275 mph. An EF3 tornado, with winds of 260 mph, wreaked havoc in New Orleans on March 22, which has not yet bounced back from Hurricane Ida last August.

About 85 tornadoes swept through the central and eastern United States from March 29 to 31. Aon predicts that insured losses related to SCS will exceed $10 billion for the 15th consecutive year in that country.

Abnormally high temperatures were recorded in both the Arctic and Antarctic. The South Pole’s Vostok meteorological station observed record heat in March, 15°C higher than the warmest temperature recorded in the past 65 years.

In two regions of the Arctic, significant amounts of sea ice melt were observed. On March 16, the mercury was 30°C warmer than usual. Svalbard, Norway, one of the northern-most cities in the world, set an all-time record in March with a high of 5.6°C.

Definity's net income down 22.9 per cent
Co-operators’ net income up 7 per cent
Responsible investment will have to weather headwinds
Intact’s net income grows 23.3 per cent
Analytic